Pretty well everyone knows the game of basketball. We see it everywhere – from home televisions, to restaurants and sports bars, to gyms and the school yard. For Torontonians, the Raptors are our pride and joy, especially since winning the NBA Championship in 2019. People of all ages enjoy watching or playing basketball; but what if a robot could play the game? Not just observe, but actually participate in the sport and excel at it?

Robots having human capabilities seems like the stuff of the future; but that future is just around the corner. For centuries, scientists have been discussing, drafting and attempting to create manmade beings that have human physical abilities; these beings are called humanoids. Humanoids don’t necessarily have to look like us, but they have the physical functionalities of a human.

Inspired by a famous manga called Slam Dunk, a group of engineers from Toyota were motivated in their spare time to build a robot that could shoot flawless free throws. In the earliest version of Project CUE, the robot was able to sink 2,020 free throws in a row, earning it a spot in the Guinness Book of World Records. However, because the CUE took a full three minutes before taking each shot, the Guinness World Records could not officially consider it consecutive free throws.


Despite the technicality, they offered Toyota a second chance to beat the original CUE and set the world record if they could reduce the amount of time taken between each successive shot. Eventually, in April 2019, Toyota announced the debut of CUE 3. Programmed with some impressive algorithms and shooting baskets every 12 seconds, CUE3 is a 6 foot 10 inch robot that uses a set of sensors on its torso to measure its distance from the basket and adjust its shots. By the Guinness World record standards, CUE3 was required to throw 5 consecutive free throws.

Shooting for a World Record!

The day of the world record attempt, tensions were running high. The CUE team wanted the robot to be perfect and with each free throw, the suspense was thick, especially over operational concerns and the robot potentially malfunctioning. The first 5 shots sunk beautifully. But that wasn’t the end; they needed to see CUE break the record. After the rehearsed 200 free throws, the CUE3 team had no idea what would happen. 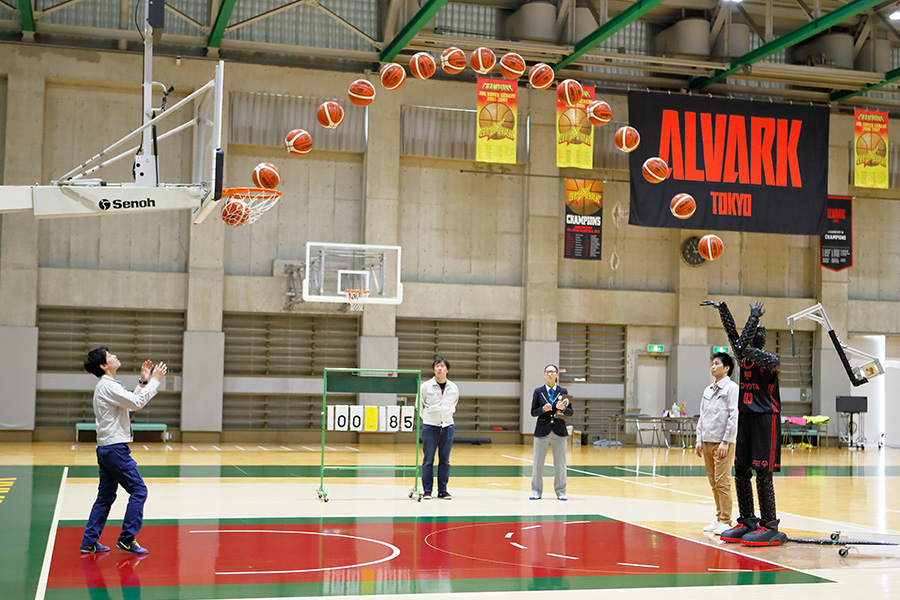 About 3 hours later, CUE3 reached it’s landmark 1000th shot, and still continued scoring. Due to the tight time constraints, the team decided to cap off CUE3’s success at 2,020 shots as a way to show their support for the Tokyo 2020 Olympics. With that kind of record, would automatons begin replacing NBA players?

Don’t count on this happening anytime soon. Although CUE3 is an accurate free throw shooter, it does not have the ability to run, jump, or dribble; so it won’t be taking any Raptor’s job soon. There is talk that the CUE Development Team is taking part in the B.League All Stars Game in January 2020. We’re excited to see if a CUE4 bot will make an appearance.

Hearing stories like this brings an exciting take on the prospect of a robotic future; perhaps a future where there really are man-made NBA players, robot taxis, and autonomous assistants?

Stay up to date on the innovations in the robotics industry by following The Electric Blog!

What is Peak Power plugging into?

The new concrete jungle? Condos are growing up with vertical forests

Will Covid-19 Actually be Good for the Environment?

Fueling the Future: Sustainable (and unusual) ways to power your ride