Mercedes-Benz is already known in the EV world, having released an ambitious production plan under their new electric brand EQ featuring multiple factories and a “global battery plan”
in January 2018 while teasing the 2020 release their first EV, the EQ SUV.

But this fall Mercedes-Benz announced a concept that merged the sustainable with the imaginative (and outlandish): the URBANETIC.

The URBANETIC is a modular concept, battery-operated and autonomous with the aim of
“significantly [reducing] the cost of moving people and goods”. According to the speakers at the URBANETIC’s World Premiere in Copenhagen in September, the concept also heralds a new type of urban road use in harmony with pedestrians and cyclists.

With a flat chassis base, the URBANETIC can be modified to serve as a 12 passenger vehicle or delivery truck through the addition of pods. A “groundbreaking concept for future urban mobility”, the vehicle will also feature its own Uber-style rideshare app. 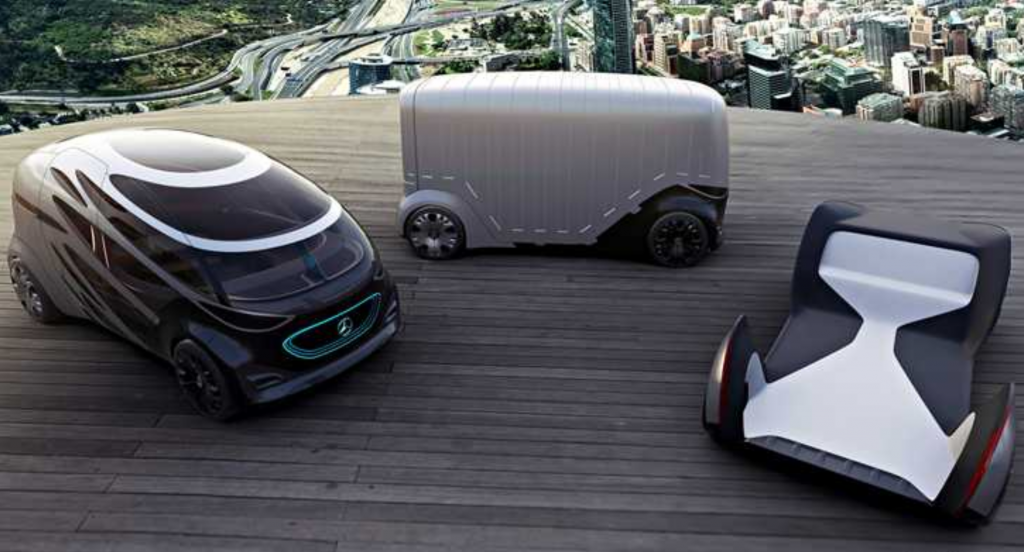 Judging the Book by Its Cover

The public response to the URBANETIC has been overwhelmingly negative on aesthetic terms, with moth headlines highlighting the vehicle as

“hideous” and “odd” before making concessions to the adaptable strengths of the vehicle. Electrek acknowledges the visually audaciously futuristic EV as a trend, explaining “We have seen some seriously ugly electric vehicle concepts from legacy automakers who sometimes seem to insist that EVs should look weird.”

It seems that in billing URBANETIC as revolutionary, Mercedes-Benz insists that you see in order to believe — by introducing a seriously otherworldly design. But with no definitive word on when the URBANETIC will move from concept to reality, you’re not likely to encounter one on the road in the near future.

The Electric Green Line Toronto is holding an Ideas Competition

Calling before you buy