Loch Sloy Dam is proof that not all energy storage relies on batteries. In fact, Hydropower is the largest contributor of all renewable energy sources and accounts for 6.7% of worldwide electricity production. In a country of rivers, lochs and plentiful rain, hydropower is definitely making waves.

Let’s take a look at a modern engineering model that was created back in the 1940s.

Hydropower in the Highlands

In Scotland, located between Loch Sloy and Invergulas on the west bank of Loch Lomond, stretches a 400 yard wall of concrete. The Loch Sloy dam is the largest UK conventional hydroelectric power station and today, produces 160MW of power. 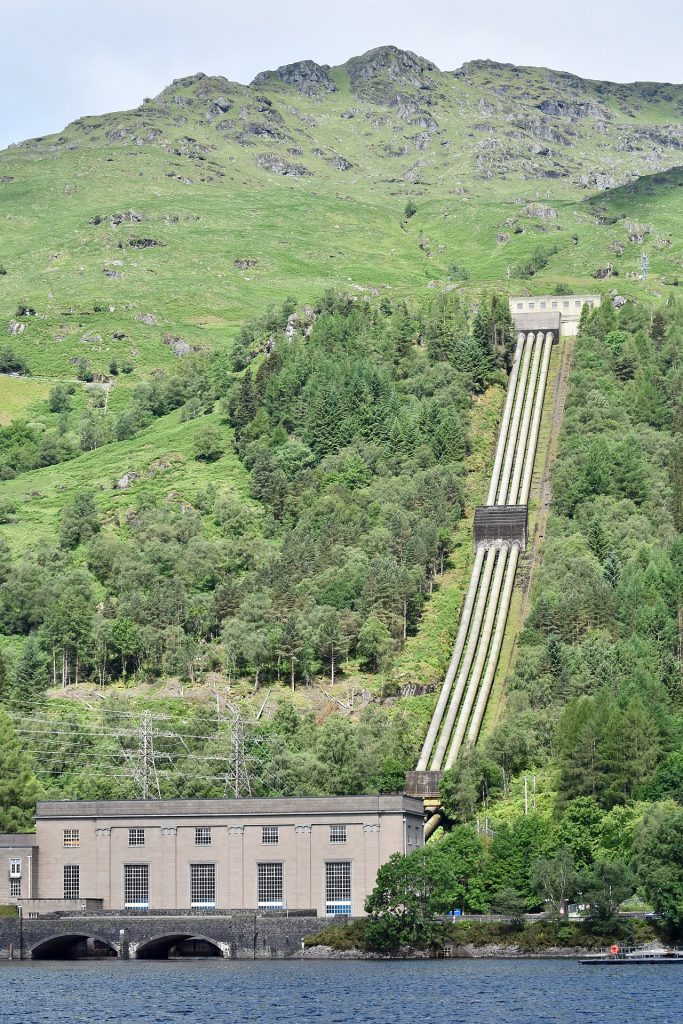 “The Sloy Reservoir has a 17 square kilometer direct catchment area, making the total volume of water held in the reservoir about 36 million meters squared; this equates to 14million kWh of useful electrical energy. A 3 km long tunnel carries the water from Loch Sloy to a valve house located above the tank. From the valve house, four 2m steel pipes bring water down into the powerhouse that rests on the west coast of Loch Lomond.”
Sloy Hydroelectric Plant, Scotland | The Greenage

Operated by Scottish and Southern Energy, the dam usually remains on standby mode, however, in the event of high energy demands, the valves are opened and the turbines can reach full speed in 5 minutes.

Hydropower is the most flexible renewable energy source. Aside from providing electricity, a hydroelectric system like this offers benefits such as helping with flood control, providing water supplies and recreational usage. For those living in hotter climates, this means receiving the necessary hydration during a drought or preventing devastating floods for those downstream.

We can look to the World’s largest beaver dam in Wood Buffalo National Park, Canada and the Hoover Dam in the United States as just a few of the other great examples of hydroelectric schemes.

For more on hydroelectricity and to stay on the crest of the sustainability wave, be sure to stick with The Electric Blog!

Use Daylight Harvesting for Free Light