Transportation gets a makeover

The train of the future makes an appropriately futuristic, wailing sound as it whooshes through the 1600ft long and 11ft wide vacuum tunnel in the Nevada desert.

The 28 foot long, carbon and aluminium pod is oblong shaped. With a front curved like the beak of an eagle, it sits on 16 retractable wheels.

This test is the latest effort in the race for tubular transportation called Hyperloop One. It brings the vision of Elon Musk one step closer to reality. Imagine a world where traveling between Montreal and Toronto takes no longer than 40 minutes. That is the goal of the Hyperloop One as it blasts forward into a new era of transportation around the world.

If they can get public agencies, politicians, funding agencies and industry players to come to a consensus, it will someday transport people and cargo using magnetic levitation.

The electronic propulsion system generates up to 3000 horsepower. The pod then switches to magnetic levitation to keep it going, seemingly afloat in the tube. The pod rockets through the Nevada desert at an amazing 308 km per hour in less than 6 seconds. It uses electric propulsion to get through a tunnel where most of the air has been removed. The engineers significantly reduced the air pressure in the tube to what you would expect at altitudes of approximately 200,000 ft. 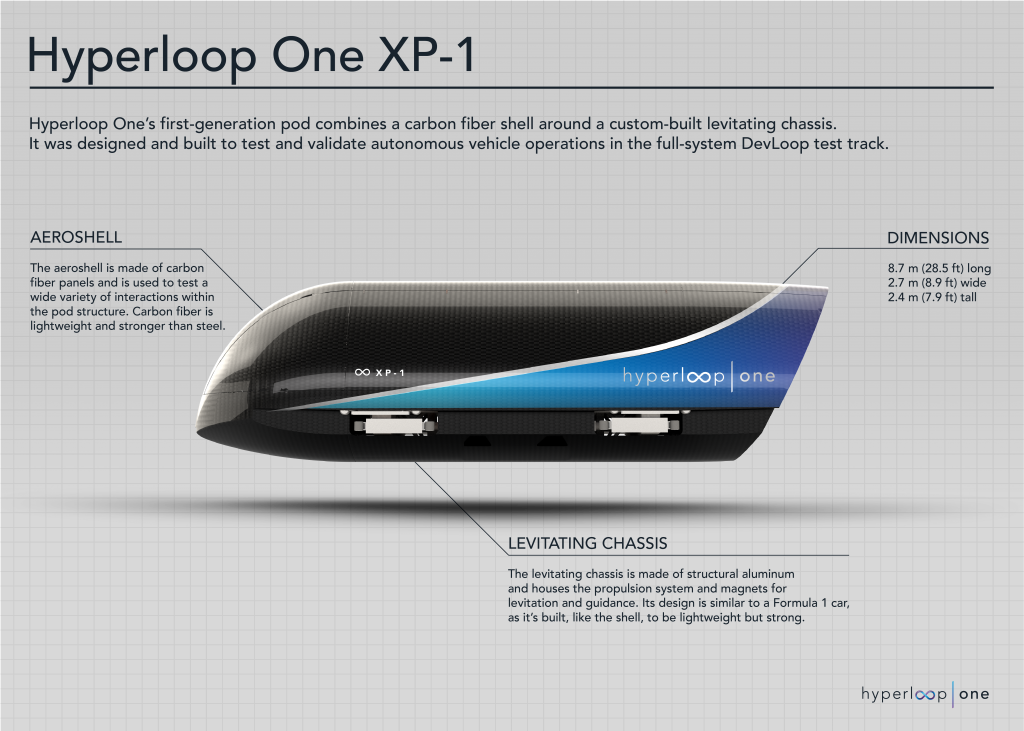 Magnetic levitation is not new to the industry. Its ability to achieve top, almost supersonic speeds while at the same time reducing energy costs and drag make it the technology of choice for countries like Japan and China. There are many high speed options, such as high speed trains and Airline travel, that provide comfort and affordability.

Hyperloop One is ahead of the game but there is still much to be done. How will they load and unload passengers and cargo from the pod, while still maintaining the vacuum-like state of the tunnel? How will the length of the tunnels affect the transportation of living beings?

There are many challenges to solve before the pod can safely transport live cargo. The next phase is to design and build stations and posts. Cost will be the last hurdle to overcome in order to make this new method of transportation practical and affordable.

The long awaited tests prove that Hyperloop One is more than an interesting concept. It is an actual work in progress. Hopefully, not just a wailing sound heard in the middle of the Nevada desert, but a practical part of the world’s transportation system. The transportation industry anxiously looks forward to 2021, when their goal of having 3 production systems comes to fruition.