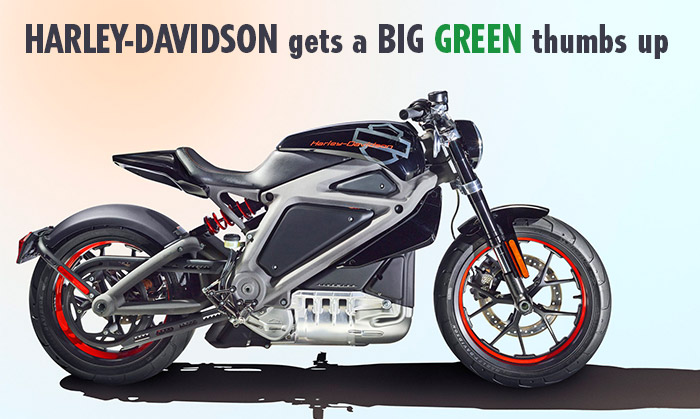 When someone pictures a Harley, they see leather, bike gangs, and tough-looking men and women riding on an open country road followed by the smell of gasoline and sound of revving engines. Just the way Hollywood intended it. Soon, you’ll have to make room in that mental image for Harley-Davidson’s newest bike, Project LiveWire – their first ever electric powered motorcycle.

I stumbled upon this motorcycle that can go from zero to 60 miles/hour in a few seconds last week and haven’t stopped thinking about the genius behind it since. Though you may not see it on the market for awhile yet, Harley-Davidson has once again managed to keep their iconic, American brand relevant by jumping into one of the most promising industries to date: the electric vehicle industry.

Some may be skeptical about the performance of the bike and some may even go as far as to say that Harley-Davidson has deviated from the core of the brand but this article addresses those concerns beautifully. The bike may not have the same demanding revv as a classic Harley but the company is doing what it has always been good at doing – evolving with their audience to give them what they want. Believe it or not, electric vehicles are where the world is headed and motorcycles are part of that list.

If you find yourself in the U.S. within the next while, keep your eye out for one of the dozen prototypes they’ll have touring in the country. To have a company like Harley-Davidson adopt electric vehicle technology is a very welcome step in the path to cultivating a healthier planet.

Do you think Harley-Davidson is making the right move in exploring the world of electric vehicles? Check out the article or send a tweet to @signatureMark and let us know what you think!

EV Initiatives Roll on in Face of Cuts