When Benjamin Franklin successfully conducted his famous kite experiment in 1752, proving lightning was an electrical discharge, he inspired countless, brilliant minds to pursue the science of electricity and the multitude of benefits this power would bring. However, nobody at that time or in the years that followed could have foreseen the vast extent in which electricity would be utilized in the 21st century and how imperative it would be to our daily lives. 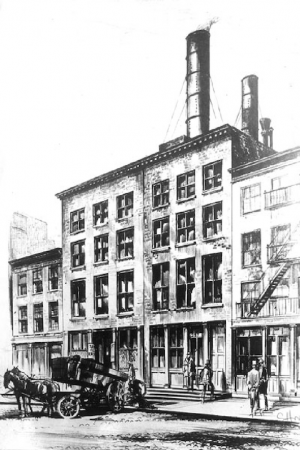 A sketch of the Pearl Street Station, the first commercial power plant in the United States (1882). Image courtesy of Wikipedia.

Since the first power grids were turned on in 1882 in Manhattan and New Jersey, the demand for electricity has grown at the same speed as new power grids being built across North America. Electric grids are considered some of the largest machines in existence and are responsible for turning fuel sources (coal, natural gas, water), into electricity. Most of the electricity we consume is generated moments before we use it. Turning on a light switch in your kitchen can trigger a turbine in a plant hundreds of kilometers away to start spinning. Consumption for electricity has expanded exponentially over the past few decades and continues to do so at an incredible pace. In an effort to match demand, investments in alternate or green energy have been made, but these depend on natural phenomena. But as the population grows and more devices are being created, used and plugged in, our demand for available electricity remains high. We will continue to need new ideas, inventions and technologies to create a steady and available supply of electricity. 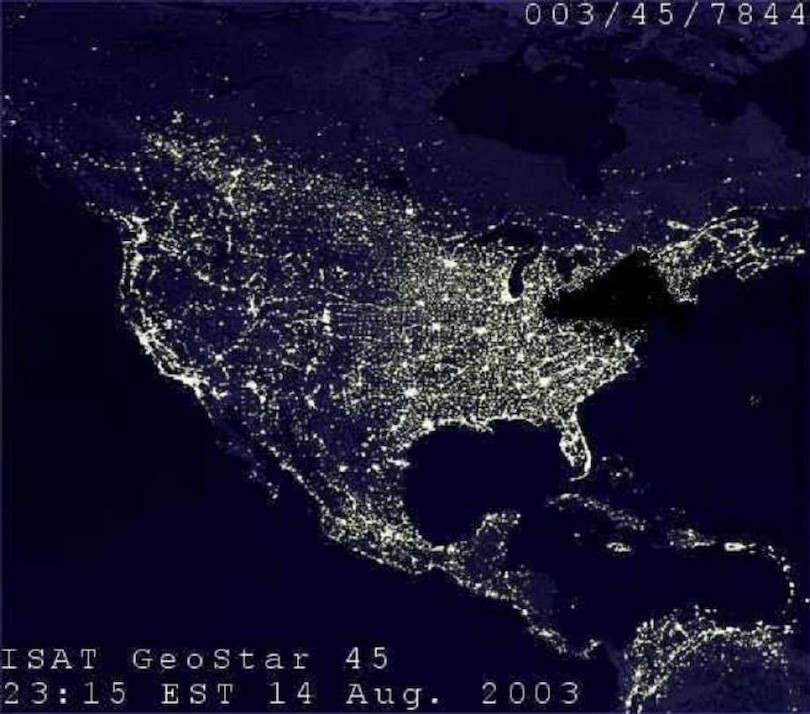 Satellite image of the northeastern blackout on Aug. 14, 2003. Image courtesy of NASA.

It was not that long ago that electric cars were ideas of science fiction. Today, they are a reality, and their popularity continues to grow each year. Coupled with government incentives and the individual’s desire to play their part in going green, the frequency of electric vehicles on the road is rapidly increasing. It has been estimated that electric vehicles will account for half of all sales by 2040. With that increase, comes the necessity to build a barrage of charging stations.

A more concerning consequence of the excessive pressure the grids are experiencing is the risk of widespread blackouts. These blackouts, as we have witnessed, have the potential to affect substantial segments of the population. Who can forget the Northeast blackout of 2003 when over fifty million people suddenly found themselves without power? At our continued pace of electricity consumption, wide-scale blackouts are a trend that will, unfortunately, become more frequent.

Consider this fact; globally, there are a billion people who currently live without electricity. With massive expansion projects aimed at bringing electricity to these rural and underdeveloped regions of the planet, this number is set to drop dramatically over the coming years. With more people having access to electricity and the continual advancement of electric technology, there is an urgent need to innovate and modernize the existing system. 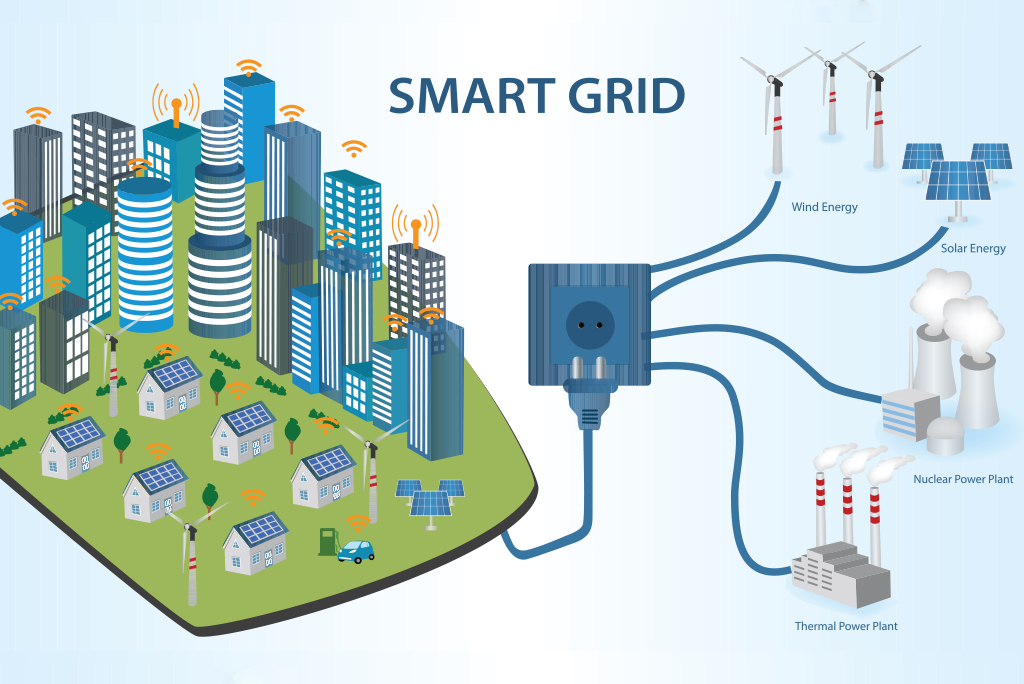 Luckily, companies such as Signature Electric have been leading the way in pushing for development in sustainability practices and innovations. They have dedicated their efforts to connecting clients with modern solutions and raising awareness for cutting edge ideas to help solve the electricity emergency that is lurking on our doorstep.

One solution now is the Smart Grid. This ingenious innovation is the key to resolving the electricity crisis.

The Smart Grid has been dubbed ‘electricity with a brain,’ and ‘the energy internet’. It is a system that uses information technology to empower consumers with real-time knowledge concerning their energy consumption, helps utility companies to reduce outages, and integrates renewable energy sources like solar, wind and hydro.

So, what does the Smart Grid mean for the average consumer? The system will directly benefit the consumer as they will now be able to access real-time control over their energy consumption. They will have a better understanding of what products they are using, how those items consume energy, and how to maximize their efficiency. It has been estimated that with this type of information and control, the consumer will be able to reduce their consumption levels between 5-10%, a reduction that will translate into hundreds of dollars saved annually.

Another emerging idea is V2G. V2G stands for “vehicle to grid” and is a technology that enables energy to be pushed back to the power grid from the battery of an electric car. With electric vehicle-to-grid technology—also known as car-to-grid—a car battery can be charged and discharged based on different signals — such as energy production or consumption nearby. This principle could be expanded to include vehicle to building (V2B), or home (V2H) or vehicle to grid service. V2X is the umbrella acronym meaning vehicle to everything. Currently, with V1G charging of electric vehicles, we can regulate how much charge we send to a vehicle’s battery, increasing or decreasing it. With V2X, it would mean being able to offload unneeded electricity back into the grid, balancing the variation in energy production and consumption.

A far-reaching vision for the future of the electric grid is emerging at the U.S. Department of Energy’s National Renewable Energy Laboratory. It’s called “Autonomous Energy Grids”. The AEG effort envisions a self-driving power system—a very “aware” network of technologies and distributed controls that work together to efficiently match bi-directional energy supply to energy demand. This is a hard pivot from today’s system, in which centralized control is used to manage one-way electricity flows to consumers along power lines that spoke out from central generators.

Instead, AEG grids are composed within one another, like a group of microgrids. Sections, or “cells” of AEG use communication and controllability to continually pursue their best operating conditions, which adjust to the temperament of customer demand, available generation, and pricing.

Innovations like the Smart Grid, V2X and the AEG exemplify how quickly the world is changing and how we are adapting to the challenges we face. Homeowners, property managers, developers, and utility companies can be excited about the opportunities and savings these technologies will generate.

To find out more about the Smart Grid, V2X and other innovative technologies, please sign up for Signature Electric’s newsletter or contact the professionals directly. They will gladly answer all your questions about the future of electric consumption and how you can incorporate this amazing technology into your home, condo, or building.

Winter EV Driving: Everything you need to know to maximize your range

The Importance of Protecting Your Electrical Drawings & Blueprints