BMW has announced that they will be releasing the new Mini Cooper EV in the US in March 2020. Sporting the classic three-door hatchback style, this will be the first widely available all-electric version of the car with a price tag starting at $29,900 [USD]. The original cost for the vehicle was estimated at $35,000 in July, 2019. Although additional costs such as designation and handling fees (approximately $850) will disqualify it as an “under $30,000 vehicle,” it still comes in under the original ballpark figure.

Commenting on the new release, Mini American VP Michael Peyton stated: “We at MINI are pleased to offer more people the ability to experience a drive charged with passion in the form of the MINI Cooper SE, an EV that is built ‘for the drive.‘”

As with all EVs, the first – and biggest – concern is the range the vehicle can travel before requiring re-charging. Unfortunately, with a 32.6kWh battery (mounted beneath the passenger seat in a T-shape), the new electric Mini will only be able to travel between approximately 124 and 146 miles (200 – 235 kilometers) on a full charge – and this figure could be less according to EPA estimates. The AC and DC charging ports are located where one might normally find the gas cap. According to one critic, it has: “…about the same [range] as the Honda E, but less than more mainstream rivals such as the Peugeot e-208 and Vauxhall Corsa-e.” In comparison, this range does not fare much better than the original Mini E from 10 years ago. However, its smaller capacity does make it somewhat easier to charge with a 50kW fast-charging station delivering 80 percent capacity in 35 minutes. When using a standard household outlet, a 0-80% charge can be achieved in 150 minutes, or 210 minutes to full capacity.

In regards to the exterior design, Product Manager Chris Himsworth told Autocar that:

“We always wanted this car to look conventional. Other EVs can be quite polarising, and the customers are put off by the design. But we’re hoping the familiar character of the Mini, combined with the benefits of electric drive, will be a strong draw. Customers can make their Mini Electric stand out more or less by their choice of colour and wheel combinations.” 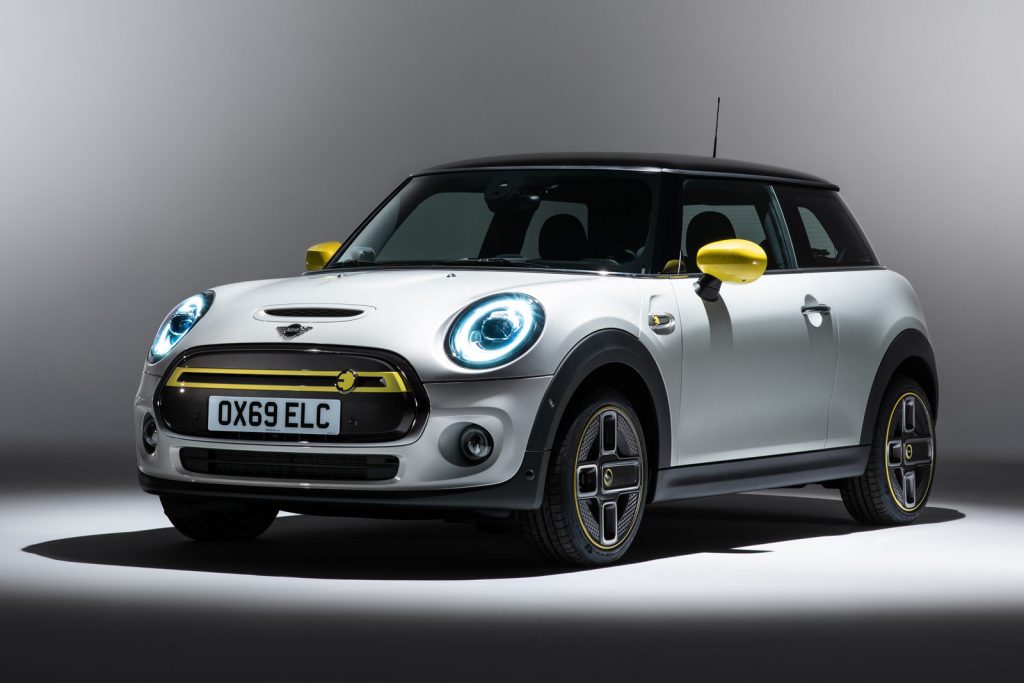 How about on the inside?

In terms of the interior, the new Mini Cooper EV has some impressive standard features which include driver-assistance, heated front seats, Apple CarPlay, auto rain-sensing wipers and headlights, and keyless entry. The instrument panel sports a 5.5-inch screen which indicates battery and other EV-specific vitals as well as a 6.5-inch touchscreen in the center console. And, if you upgrade to the premium model, you’ll get an 8.8-inch touchscreen, parking assistance, a Harman Kardon audio system, and wireless phone charging. 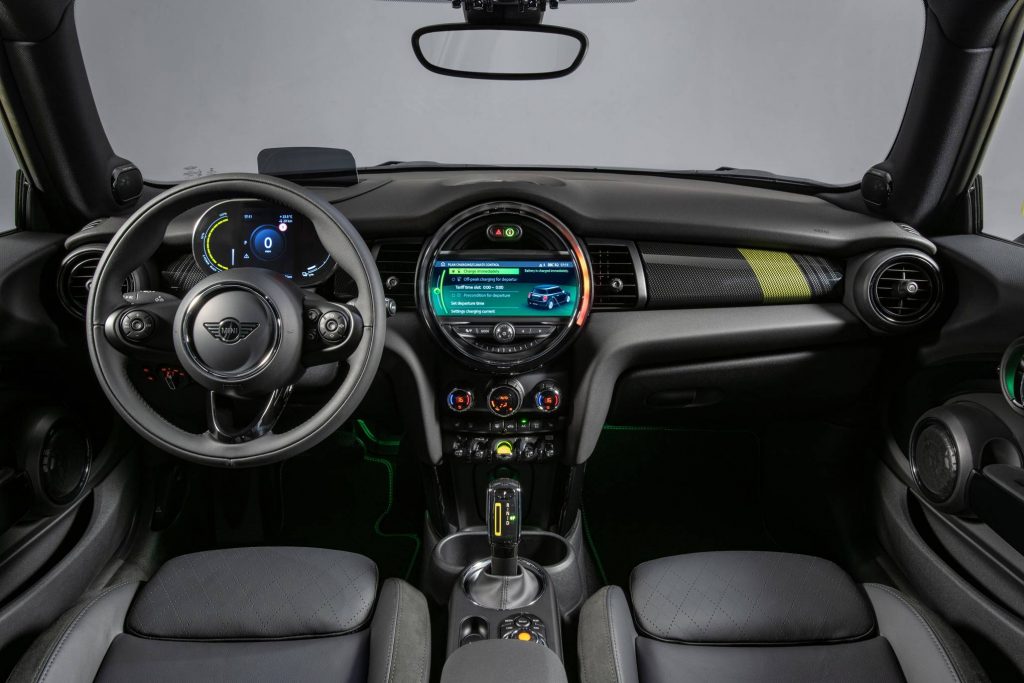 Under the hood (so to speak)

The Coop has 181 horsepower which will give it some decent pep. It boasts a 135kW (181HP) motor that can go from 0 to 62 mph in 7.3 seconds, and tops out at a speed of 93 mph. And depending on the country of purchase, there are plenty of federal tax credits which can help drop the overall price to around $20,000 [USD]. Norway, Iceland, the Netherlands, and Sweden tend to offer the best incentives worldwide. However, the U.S. is becoming more aggressive in this regard and individual states actually provide differing rebate incentives. Canada varies in its offerings due to differences in provincial legislation.

You can check the countries offering the best rebate incentives for EV purchases here.

Overall, the release of the new Mini Cooper EV has left some in the auto industry feeling somewhat disappointed. Sean O’Kane from the Verge maintains that:

…there’s no denying that BMW seems to have fallen behind the curve when it comes to electrified vehicles. Not only had it beaten most other big automakers to making an electric version of one of its flagship vehicles (albeit in a limited-run trial capacity) with the original Mini E in 2009, but the company also released the BMW i3 more than five years ago. Unfortunately, the push for electrification stagnated under CEO Harald Krueger, who resigned this past July. (In fact, the new Mini is basically just i3 tech repurposed into a new package.) Now, BMW finds itself playing catch-up to one of the greatest technological shifts the automotive industry has ever seen.

Although the Mini Electric made its first public appearance at the Frankfurt motor show in September 2019, and mass production began in November at its Oxford, UK plant with its world-wide release later this month, we are left feeling somewhat underwhelmed in anticipation of what might have been.

For more on green initiatives check out The Electric Blog.

Exporting Electricity: How Effective Is This Move?