Electric aircraft are coming. But they might not be the massive innovation we think they are.

The airline industry is among the largest carbon-emitters on the planet, which makes the goal of being carbon-neutral a major challenge. First of all, the sheer volume of fuel it uses makes any change enormously expensive. Biofuels, engine efficiency and carbon offsetting have helped the industry improve, but these changes are incremental.

There’s no viable path for airlines to reach carbon-neutral while continuing to operate the same way. Which is why innovators have refocused their energy on developing electric planes. Electric aircraft aren’t new. Prototypes have existed for decades using technologies developed by previous generations of visionary inventors. With today’s increasing need for reduced emissions, it’s time to revisit our history with electric aircrafts and see how yesterday’s work could help build tomorrow’s solutions. Here are three electric planes you didn’t know existed that were pioneers in sustainable transportation:

In 1973, after Nickel-cadmium (NiCad) batteries were developed, having a much higher energy storage-to-weight ratio than lead-acid batteries, Fred Militky and Heino Brditschka converted a Brditschka HB-3 motor glider to an electric aircraft called the Militky MB-E1. That same year on October 21, it became the first electric aircraft to fly under its own power with a person on board. Although it wasn’t setting any flight time records with a 14 minute flight time, it did set the stage for what could be possible for electric aircraft. 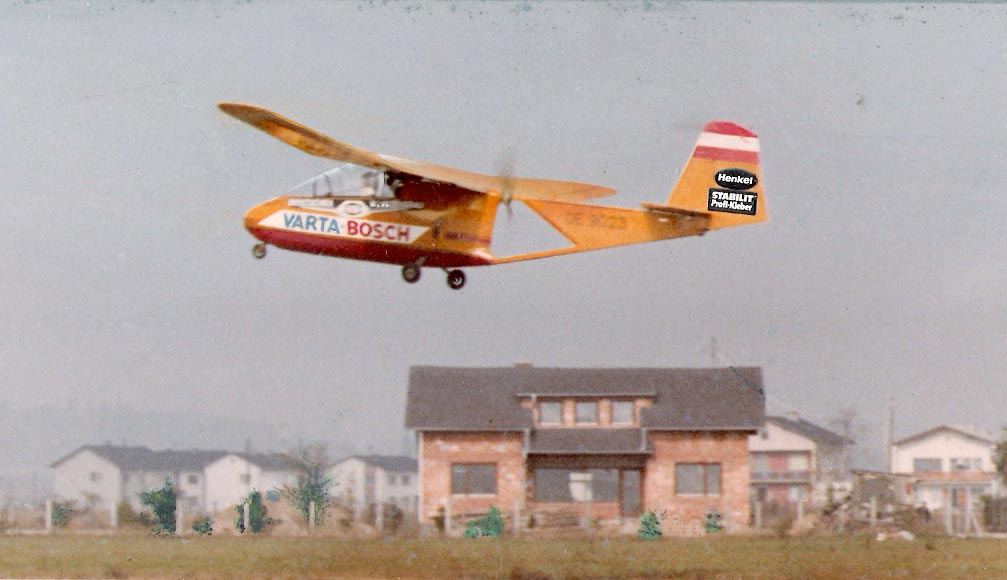 The first plane in our list may not have had the most exciting flight time but without it’s record setting precedent we may have never arrived at the Solar Impulse 2. The second aircraft in a Swiss long-range experimental solar-powered aircraft project, the Solar Impulse 2 took off on March 9, 2015 from Abu Dhabi flying on nothing but solar power. It returned to Abu Dhabi on July 26, 2016, more than 16 months after it had left. This flight would mark the first first circumnavigation of the Earth by a piloted fixed-wing aircraft using only solar power traveling approximately 42,000-kilometres. Although the journey was fraught with setbacks including the aircraft’s batteries sustaining thermal damage that took months to replace, the Solar Impulse 2 gave us another massive leap in what was possible with electric aircraft.

The Solar Impulse 2 powered only by solar energy. Image courtesy of Slash Gear.

The Slovenian Pipistrel Velis Electro is a light aircraft designed and produced by Pipistrel of Ajdovščina. In June 2020 it became the first fully electric aircraft to be type certified. Primarily designed to be a training aircraft, the Pipistrel Velis Electro can carry one pilot and one passenger. In August and September 2020, a group of Swiss electric mobility enthusiasts with support from the manufacturer flew a Velis Electro on a series of flightssetting records for the lowest energy consumption (22.76 kWh/100 km) and the longest electrically flown route over 24 hours (327 km), 48 hours (608 km) and 56 hours (839 km).

Although the future of electric-powered flight remains ‘up in the air’, there’s no debate over the need to reduce the airline industry’s massive carbon footprint. Some of the brightest minds are hard at work developing the next generation of electric planes, convinced it represents the path towards cleaner transportation. To learn more about the future of electric aircraft check out Wendover Productions video “Why Electric Planes are Inevitably Coming”.

For more tips and tricks on all things electric subscribe to The Electric Blog.

EV charging station insurance – when are you protected?