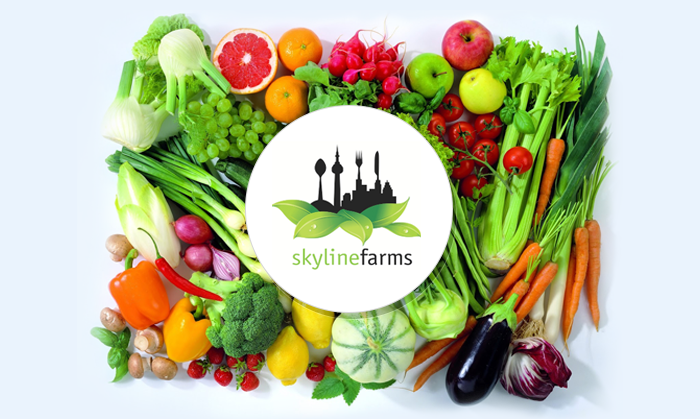 Vertical farming has been a particularly interesting topic for me to follow over the years as people’s need to eat locally grown food is challenged by the trouble of finding arable land to meet the demand. Instead of turning to pandemonium and national emergency, countries around the world have looked to alternate means of farming. In other words, they’ve been looking up.

I mean that literally because that’s where vertical farming comes in. As described in Ontario Centres of Excellence, two Humber College students have founded a startup, Skyline Farms, to build something called the Tower Garden which,

“uses vertical aeroponic technology to produce the same results as traditional farming methods, but need only 10 per cent of the space and a fraction of the nutrients. The towers require water but no soil, making them ideal for urban spaces such as rooftops, balconies, patios or other small spaces.”

Based in Etobicoke, it’s the first commercial vertical aeroponic tower garden in Canada and has won many awards and participated in educational programs since its conception. This startup has grown substantially since its humble beginnings and based on the attention it has been receiving, it is only going to continue. To learn more about this innovative company, click here.

Growing Up: The evolution of urban agriculture