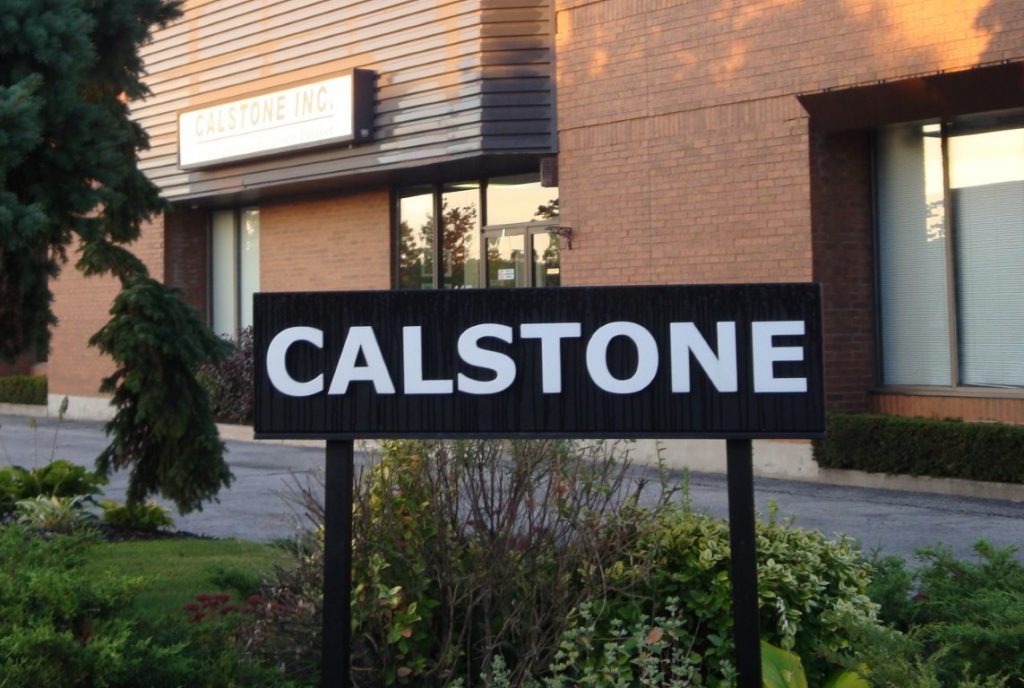 When longtime customer Calstone Inc. approached me about issues with their outside lighting I knew that they would be interested in a solution that would meld well with their own company’s concern for the environment.

“Calstone prides itself on being a “green” company. Jim Ecclestone, the company’s president, is passionate about leaving a company to his children that is sustainable and successful. Calstone has discovered that selling green furniture products provides a valuable competitive advantage, one that has expanded its market to include responsible purchasing programs and conscientious consumers.”

Jim and his son Matt asked me to drop by and look at the issues with their outside lighting. The existing lighting was a mix of HID (high intensity discharge) fixtures and some incandescent screw in flood lights. Some of the lighting was controlled by a photocell and others, that were added in later had residential motion controls. In addition there were three very old pot lights in the soffit just above the front entrance that had a mix and match of lamps with no trims.

Some of the outside lights were in pretty poor condition with yellowed lenses and a number of  them needed service, either ballasts or lamps. They also had a concern about the lighting levels near the loading areas. The business operates three shifts and there didn’t seem to be adequate lighting for safety, particularly in the loading area. 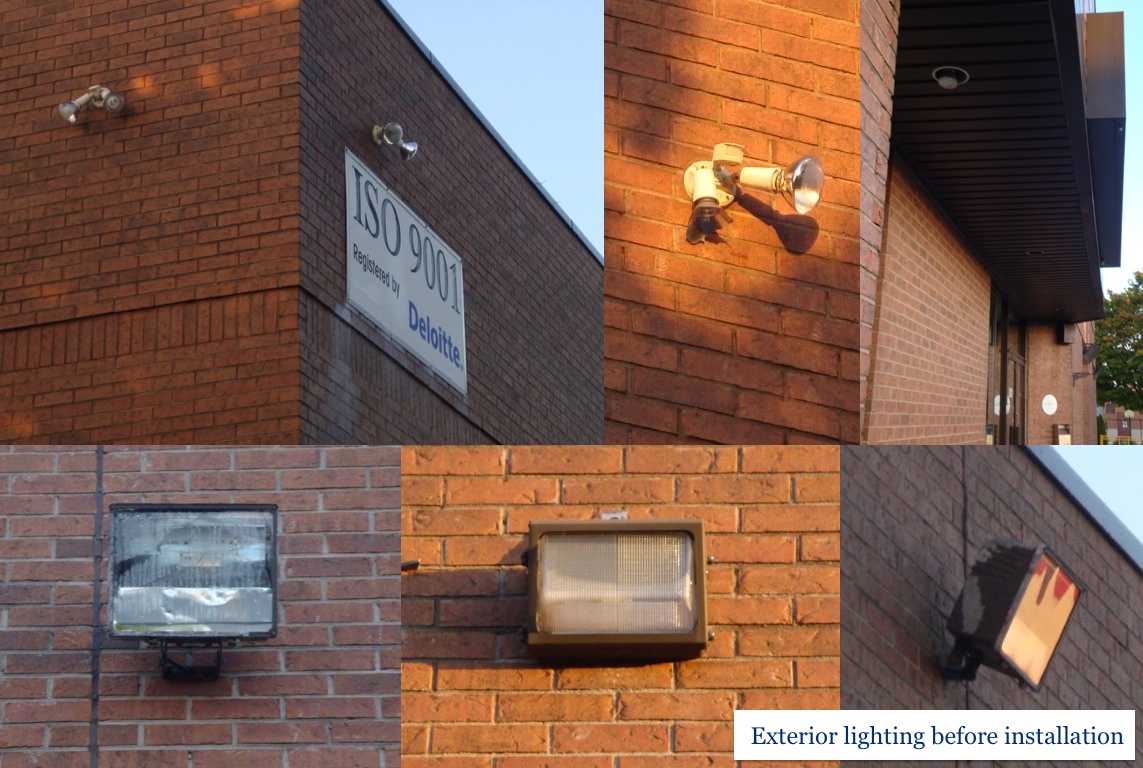 My recommendation was to not spend any time or money to repair or adjust the present fixtures. I suggested that we remove all the fixtures and replace them with LED (light emitting diode). I prepared a quotation that included a total of (6) new 85 watt LED flood lights and (3) 9.4 watt LED retrofit kits for the front soffit. I also recommended that we also rewire the control system to have all (6) new fixtures come on and off with a single photocell.

Jim and Matt approved the work and, as promised the change had a very nice impact and was in keeping with Calstone’s concern for the the environment. 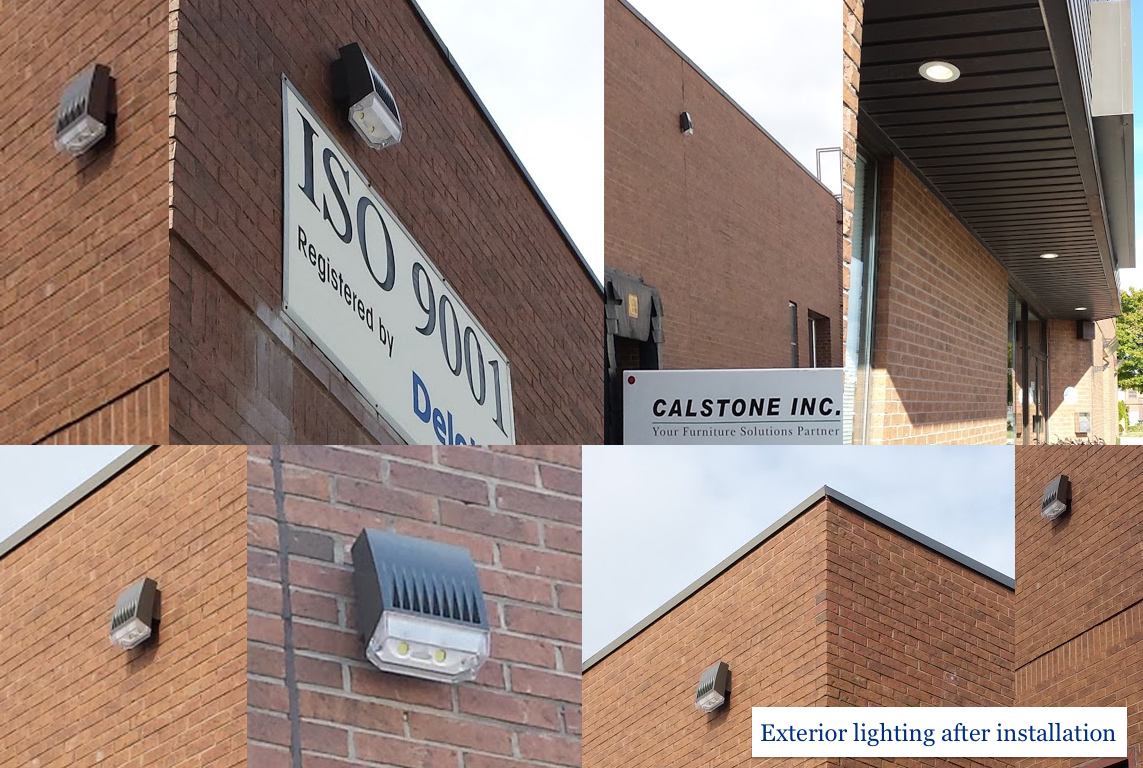 In recent years the costs for LED lighting fixtures have come very much in line with the older HID fixtures. At Signature Electric we now almost exclusively recommend LED for any new or replacement outside lighting applications.

LED fixtures are available in and very wide range of styles and wattages. Each situation requires a bit of expertise to decide what fixture works (and looks) best for each application.

Please feel free to call if you’re interested in a change to your outside lights or perhaps some new fixtures.

Your partner in environmental sustainability,