The international interest in electric vehicles continues to be on a steady rise and soon we could see a road full of electric cars. In Canada, sales for EVs jumped from 5,235 in 2014 to 6,933 in 2015. Four years later, in just the first quarter of 2019, that number has drastically inflated to about 101,116 EVs sold! This significant increase is a definite indication of the growing interest and adoption of electric vehicles over traditional ones. However, most EV owners suffer from range anxiety, a term used to describe a driver’s worry that they will run out of power while on the road.

Fortunately, many countries and startups took note of this in 2016 and worked towards developing ‘charging roads’. These roads would harness the sun’s energy and generate power for EVs while driving on the road! A few years later, we find these roads have definitely been put to the test, having some failed attempts while other methods were more successful. With every great invention, we need to experience trial and error to get the best results. Solar roads are no different. 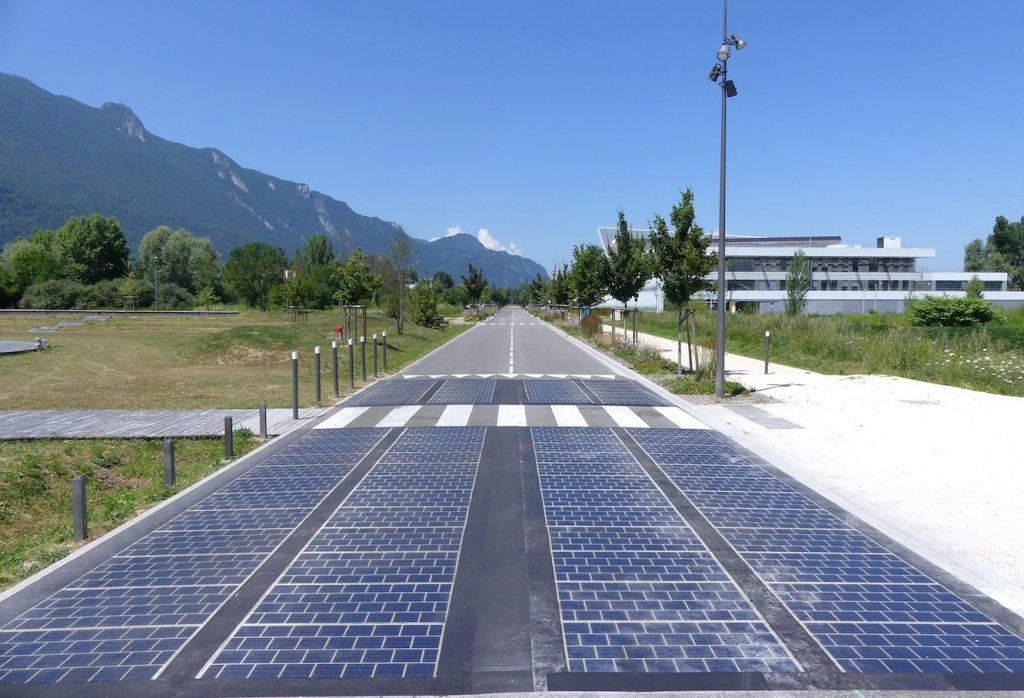 In France, a project called Wattway, consisted of a solar road made of solar power strips composed of polycrystalline silicon and coated in protective resin; this composition made the road able to withstand the weight of a 6 Axle semi-truck. Although it could withstand the weight of an 18 wheeler, the engineers did not take into account the sound of the passing tractor-trailers, as the road was in a rural location. The resin coating made the road so noisy that locals had the speed limit reduced to 70 kmh. 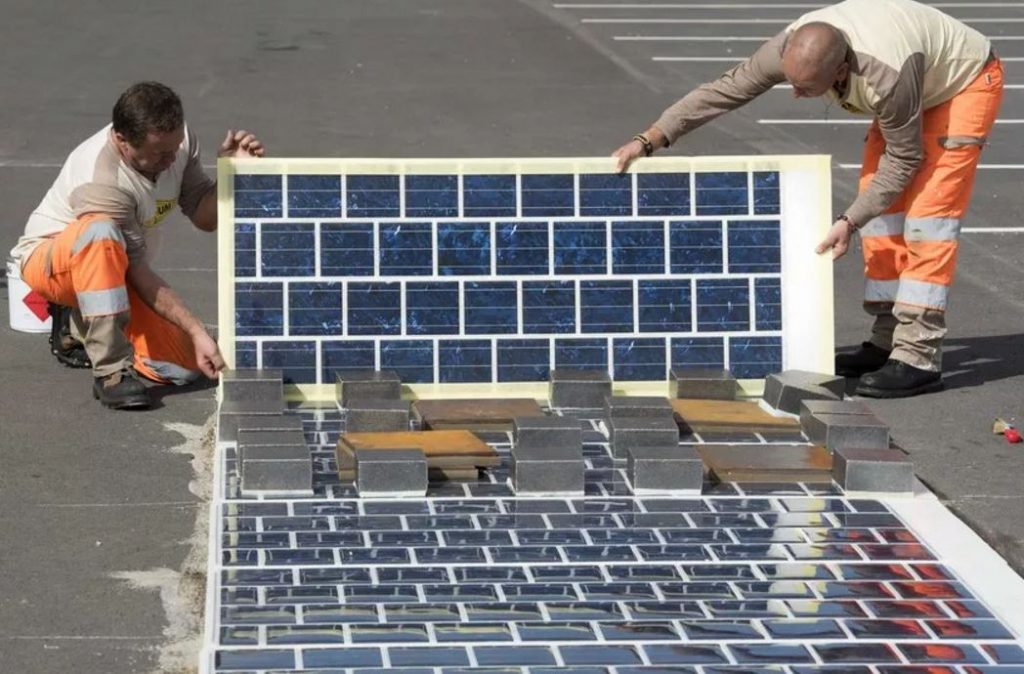 On one of the test solar roads in Tourouvre-au-Perche, Normandy, the lack of sunlight contributed to panels peeling away from the road. Because the panels were not constructed to store power more efficiently, the project wasn’t able to deliver on its goals. Discovering these problems early in development will contribute to better problem-solving and trouble-shooting techniques to make such roads more efficient.

In 2018, engineers in the Netherlands, worked on a solar powered bike path. Created with a special type of solar panels, the bike path went above and beyond all expectations of it’s designers. Protected from physical damage by 1 cm of protective coating, the solar path was able to generate 70 kilowatt-hours of power per square metre in 1 year; that’s enough to power 3 houses.

Speaking of charging cars and buildings, the Hungarian company Platio, developed a solar sidewalk comprised of recycled plastic that is able to store up to 720-watts of power! When it’s not charging EVs, it generates power for a nearby building. It seems too good to be true!

On the other side of the ocean, the U.S. has experimented with a different take on this technology. An Idaho startup, Solar Roadways, covered a section of Route 66 in Missouri with their version of solar panels. The modular system consists of specially engineered solar panels that can both be driven and walked upon, but can also create signage and lines through embedded LED lights. They also contain heating elements to prevent the buildup of snow and ice. 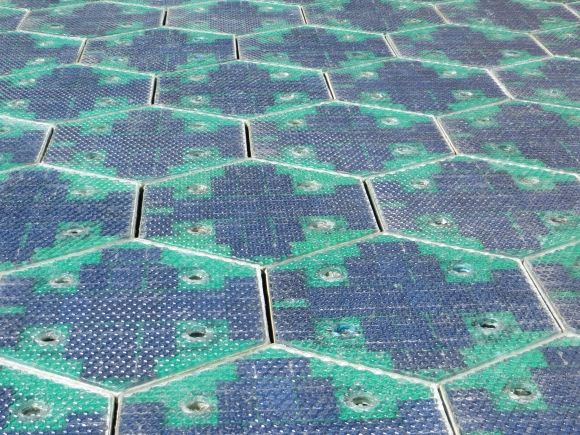 Although, there is a lot of interest in solarized roads, there is a rising concern of their impracticality and inability to withstand weather conditions. A major issue is the pooling and freezing of water between the panels in the winter.

However, engineers in Gumi, South Korea have found a way to combat those weather obstacles with a system they call “Shaped Magnetic Field In Resonance”. This system contains electric cables buried underneath the asphalt of special charging lanes. The cables generate electromagnetic fields, which are picked up by a coil, converting it into electric power to be used by the car. Mobile charging benefits aside, this system occupies little space and can work under extreme weather conditions.

The long and winding solar road

These technologies and ideas might sound implausible, but they are not. Though they still need to be modified and improved, we’ll be able to fully implement them into our infrastructure and travel systems in the near future. Those showcased here are just a few examples of the heights of human innovation that can be reached when the goal is to fully manifest sustainability.

These innovations are continuing to revolutionize and impact the renewable energy world and how we access and utilize the energy resources available to us. With such a bright future, there is no denying an exciting tomorrow with sunny road trips ahead.

Learn more about solar innovations by following The Electric Blog!

Note: This is an updated version of the blog ‘Solar Powered Roads’ originally posted in August 2016