Discover how buildings can optimize energy use in this exclusive interview with Mabel Fulford, Director of Innovation Execution.

In the heart of downtown Toronto exists an EV charging station paired with Peak Synergy, an AI-powered software that optimizes energy storage in buildings. Our CEO Mark Marmer had the opportunity to speak with Mabel Fulford, Peak Power’s Director of Innovation Execution, to learn more.

The Internet of Things

Peak Synergy uses machine learning algorithms and sensors to predict and optimize a building’s energy usage in real-time. When a building reaches peak energy demand, power is distributed from the battery instead. This function offsets the demand and maximizes cost savings—all from the intelligence of internet-based software.

By combining Peak Synergy with EV chargers, buildings can distribute power efficiently without worrying about grid overload. This solution also enables a building to serve its own needs through peak event forecasting. Let’s say there’s a day coming up with high demand for power; the software can shift the building’s heating and cooling functions to activate at a different time. Not only does this reduce energy demand during peak times, but it also generates substantial savings.

“Sometimes we like to use the phrase synthetic battery, but a building can act similarly. For example, you can change how the demand profile works by saying, you know what, let’s pull more power earlier and less power later. And that’s the same thing as if you had dispatched from a battery to meet those building demands.” 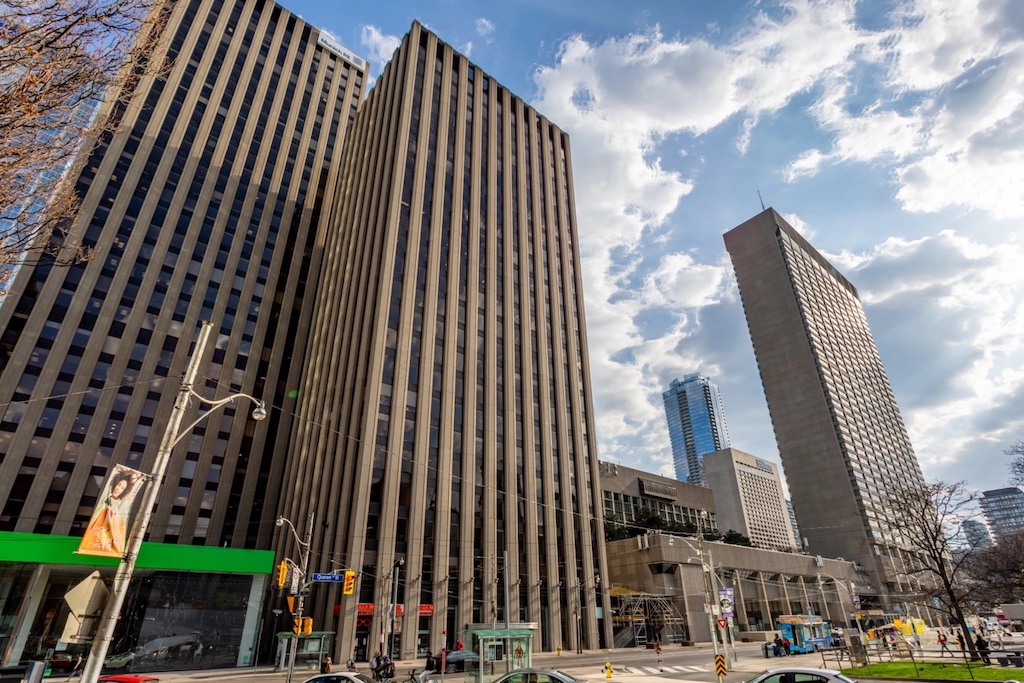 Did you know that more than two-thirds of a large commercial building’s energy bill can come from just a few peak hours of usage in a year? One of the most impressive benefits of Peak Synergy’s software is the cost savings—no more wasted energy or overage costs.

Peak Power works with the Ontario Independent Electricity System Operator (IESO) to facilitate projects like this. The way of the future is to go beyond buildings and enable electricity customers to power their homes with renewable energy. The Thompson Building is only one example of Peak Synergy’s abilities— the long-term vision is to have multiple buildings working as one. Eventually, energy resources will be distributed and aggregated across the city core. Imagine the possibilities when buildings can join forces and participate in the grid and energy marketplace like power plants do.

Watch the interview with Mabel Fulford:

For more energy-saving innovations, stay tuned to The Electric Blog!

11 going on 19: Charging infrastructure for the future

How long will your Tesla battery pack last?