In a move that Elon Musk’s EV giant Tesla describes as “unfair and arbitrary treatment”, Ontario’s new conservative government, headed by Premier Doug Ford, cancelled the province’s cap-and-trade carbon tax program in mid-July — and along with it the rebates of up to $14,000 per vehicle for EV purchasers. With scores of highly-anticipated Tesla Model 3’s having recently arrived to meet their owners in Toronto, the decision could not have come at a more critical time for the company, which has experienced difficulties from production delays production delays to more recent stock plunges.

But Tesla is not backing down in the face of Ford’s decision: on August 10th the company initiated proceedings to sue the Government of Ontario. 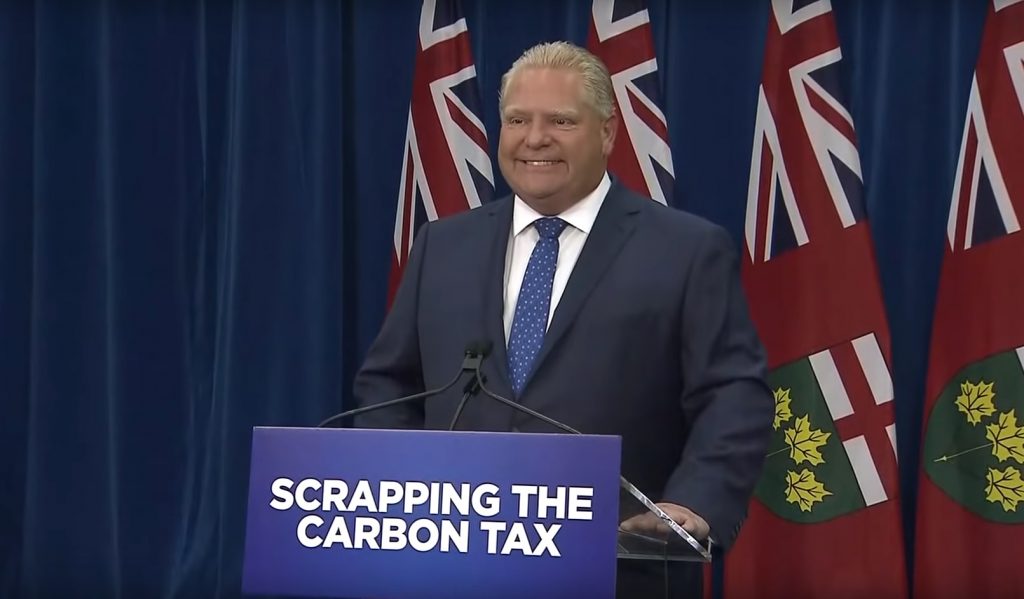 Some EV drivers were reassured that “anyone who bought electric vehicles through a dealership, as long as the vehicles are registered and delivered by 10 September.” But this reassurance is cold comfort to Tesla, with the vast majority of the company’s cars sold not through dealerships, but privately — making them ineligible for this compensation. The lawsuit states that the language surrounding the cancellation and the rebates that would remain available “expressly [excluded] Tesla Canada and its customers from the transition plan.”

This exclusion has left hundreds of buyers without the rebate they expected, with some questioning whether they will still be able to afford their new vehicle in the absence of the incentivization that encouraged their purchase.

Additionally, Tesla has reported that the absence of provincial initiatives has negatively impacted both sales and customer relationships, with some Ontarians fearing that Tesla vehicles will be subject to further ‘unreasonable’ penalization by the province.

While the province has yet to comment on the lawsuit, the response of Tesla and Ontarian EV drivers demonstrates that EV’s will continue to seek their place on the province’s roads — but with other countries including Norway boosting EV adoption with robust incentivization programs, the cancellation of the carbon tax program deals a blow to Canada’s position in the worldwide EV race.

Update: Tesla wins this round!

The Ontario Superior Court of Justice ruling released on Monday August 27th finds that Ontario unfairly harmed Tesla’s business by excluding Tesla from the leeway that was afforded to other franchise dealerships following the cancellation of the Electric and Hydrogen Vehicle Incentive Program (EHVIP). According to Judge Myers, the government’s rationale is “laden with factual errors”.

Tesla argued that Tesla Canada is a licensed dealer in Ontario, although they do not have franchise dealerships. The question now: Could this be the first of many decisions to come against the government’s brash move to end green initiatives?

Tesla now has a chance to deliver the outstanding purchases, while the Ontario government is considering options to appeal.

Stay tuned to The Electric Blog! as we continue to track the fallout of this battle…

EV charging station insurance – when are you protected?

Utilities Study Up to Prepare for EVs

The Ebbs and Flows of the EV Industry