In October 2019, the TTC unveiled their latest line of e-buses. This was part of a new green fleet of electric buses, set to propel Toronto’s public transportation into the future.

After taking one of the new buses for a spin, Mayor John Tory was asked about his ride. His response was “These new buses are clean and quiet, and very comfortable to ride on, and I think people will like them a lot.”

The particular e-bus that Tory was on came from California-based Proterra Inc.

The Proterra buses take about three hours to fully charge, and that charge lasts about 200 kilometres, depending on whether the bus is driven on flat land or hills and how much energy is used to heat the bus.- CTV News

This is one of a total of three different e-bus manufacturers the City of Toronto is trying out to determine which they will choose for a larger fleet of 25. The goal is for the city’s buses to be emission-free by 2040 in an effort to reduce greenhouse gases in the battle against climate change.

Proterra bus trials are scheduled to run out of the Mount Dennis garage in north-west Toronto. Another bidding company, New Flyer Industries Inc., is operating out of the Arrow Road bus division, and there will eventually be a third model bidding from Build Your Dreams Canada.

The purpose is to comparatively analyze the costs and benefits of each model while in service. Once the final decision is made, an entire fleet will be up and running throughout the city.

“There are a slew of differences between these buses in terms of cost, in terms of the expected power consumption, the experience of the operators and maintainers, the accessibility of the buses,” Ben Case, head of TTC vehicle programs, said Saturday. “So we’ll be evaluating all of these things.” –CTV News

An interesting fact is that there will be emergency backup generators at each charging garage just in case there is a wide-spread electrical outage. This means that, even if the rest of Toronto shuts down due to a blackout, the e-buses will continue to run.

During long-term hydropower outages, or in the event of an emergency, there is potential for these buses to serve as mobile power plants. A bus with a 440,000-watt battery on board can be plugged into a building, such as an emergency response center or hospital, to provide electricity. – TTC Green Initiatives

It would be an interesting and unique sight to see; and one which would be essential for residents and visitors. 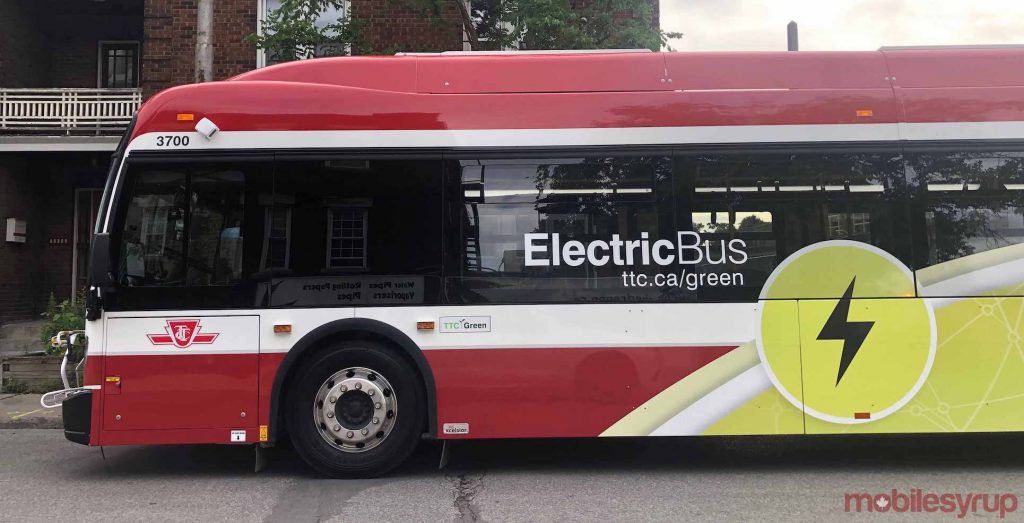 Aside from the convenience factor, it was also noted that, with a fleet of 60 e-buses from three bidding manufacturers, it was estimated that, by this Spring, Toronto will have one of the largest mini-fleets of e-buses in North America. When asked about his personal thoughts about the incentive, Mayor Tory said: “They are helping us with our climate change objectives, which a lot of people care very deeply about.”

For more on green initiatives in urban areas, keep following The Electric Blog!

Podcast: Get A Grip On Lighting

A New Bolt in the EV Revolution