Ivan Lewis, a client of Signature Electric, shared an inspiring of information regarding developments in the motorcycle scene. It is very interesting to see what started off as a hobbyist’s pursuits of battery powered motorcycles, quickly became a commercial and competitive success. Especially at a time where conventional energy has fueled and dominated the vehicle world.

With a history of starts and stops, the compromises of going electric is often met with a certain level of distaste. Range, speed, weight and cost were factors electric motorcycles had issues with, especially compared to their petroleum counterparts. But it wasn’t until the last 10 years when those parameters finally made significant upgrades,1 making it possible to design and create a product “gearheads” are willing to buy at a price they’re willing to pay. There are many myths still lingering that don’t justify what electric motorcycles are actually capable of.

Due to early lackluster performances, electric motorcycles have been slow to take off. Until recently, they haven’t been able to offer riders the performance or service of gas bikes.2 If it wasn’t the specs, then it would be the price point. An example is the Energica Ego, Europe’s first electric superbike, which would come at a whopping $30k US.3 But companies like Alta Motors and Zero Motorcycles whose products are priced around an average of $11-$17k US,4 is finally giving electric motorcycles an appeal to serious riders in price and technicality.

Check out this infographic of things you’ll never do again, courtesy of Zero Motorcycles. Just twist and go. 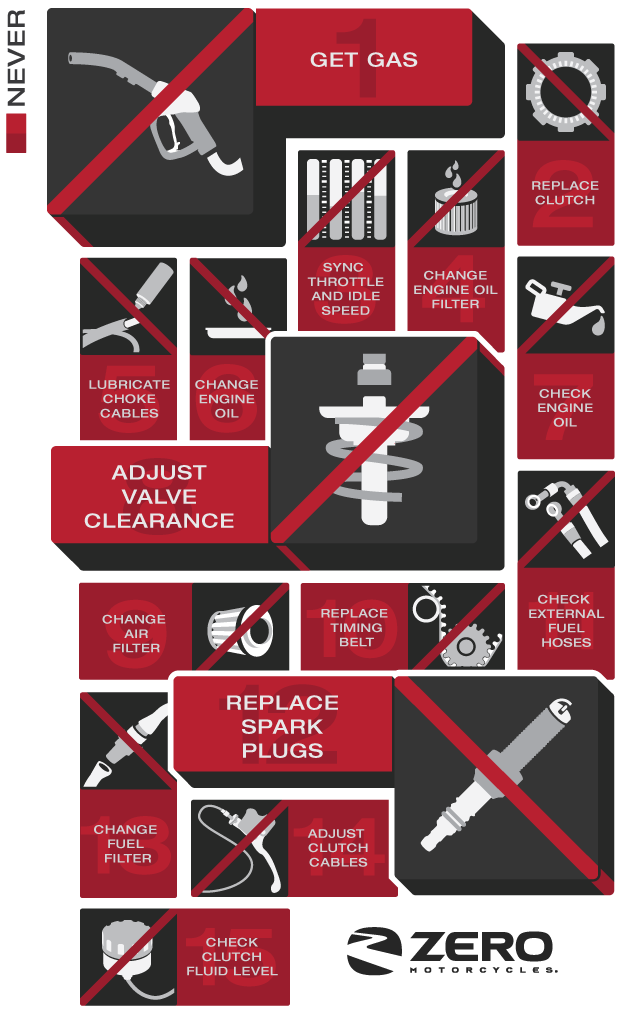 Your average electric motorcycle used to barely keep up with traffic, but that has significantly improved. Alta’s RedShift (a motocross bike) has the capability of reaching 40 horsepower5 and Zero DSR, 67 horsepower.6 These figures are in par with litre-based bikes. Also, electric motors are simply made to be FASTER. With no need for combustion, there is no “ramp-up” time. That means, in theory, you could go 0-100 mph in a matter of seconds. This can already be seen with the Zero DSR, which can boost 0-60 mph in just 3.3 seconds.7 With exponential changes in technology, it’s safe to assume electric motorcycles will only get faster from there.

Electric motorcycles have made significant upgrades to range since it’s early variations. Zero Motorcycles has already released bikes with a battery life that can range over 150 miles,8 but now claims to have improved them for 2016.9 And Alta’s Redshift has an ultra high density battery that can power your motocross joyriding for an hour (similar to ones powered by gas).10

Charge time is an issue no one wants to wait for. But what used to be an overnight event has now whined down to a much shorter two to three hour session, thanks to Zero’s Charge Tank accessory. Despite its $2000 US price tag,11 it isn’t a terrible investment. An hour of charge buys you 53 miles and that battery can go 200,000 miles while still holding 80% of its initial charge capacity.

But the greatest obstacle to charging an EV isn’t the charge time, it’s the accessibility. It’s no secret that there is a lack of electric chargers in our cities. But with the demand for electric cars growing rapidly, government programs are creating incentives (like LEED points) to help manage the issue. With the help of retail companies, like Ikea supporting sustainable transport, EV culture is becoming more and more relevant. Also, by installing EV chargers, we at Signature Electric have taken the opportunity to reduce our carbon footprint on Earth.

Hopefully what you’ve read has debunked some of the myths surrounding electric motorcycles (or electric vehicles in general). Humanity’s interest in becoming environmentally friendly has affected our transportation for the better. Our steps in combating pollution has resulted in advancements in speed and efficiency for our vehicles. Stepping away from petroleum isn’t a handicap, it’s an advantage. 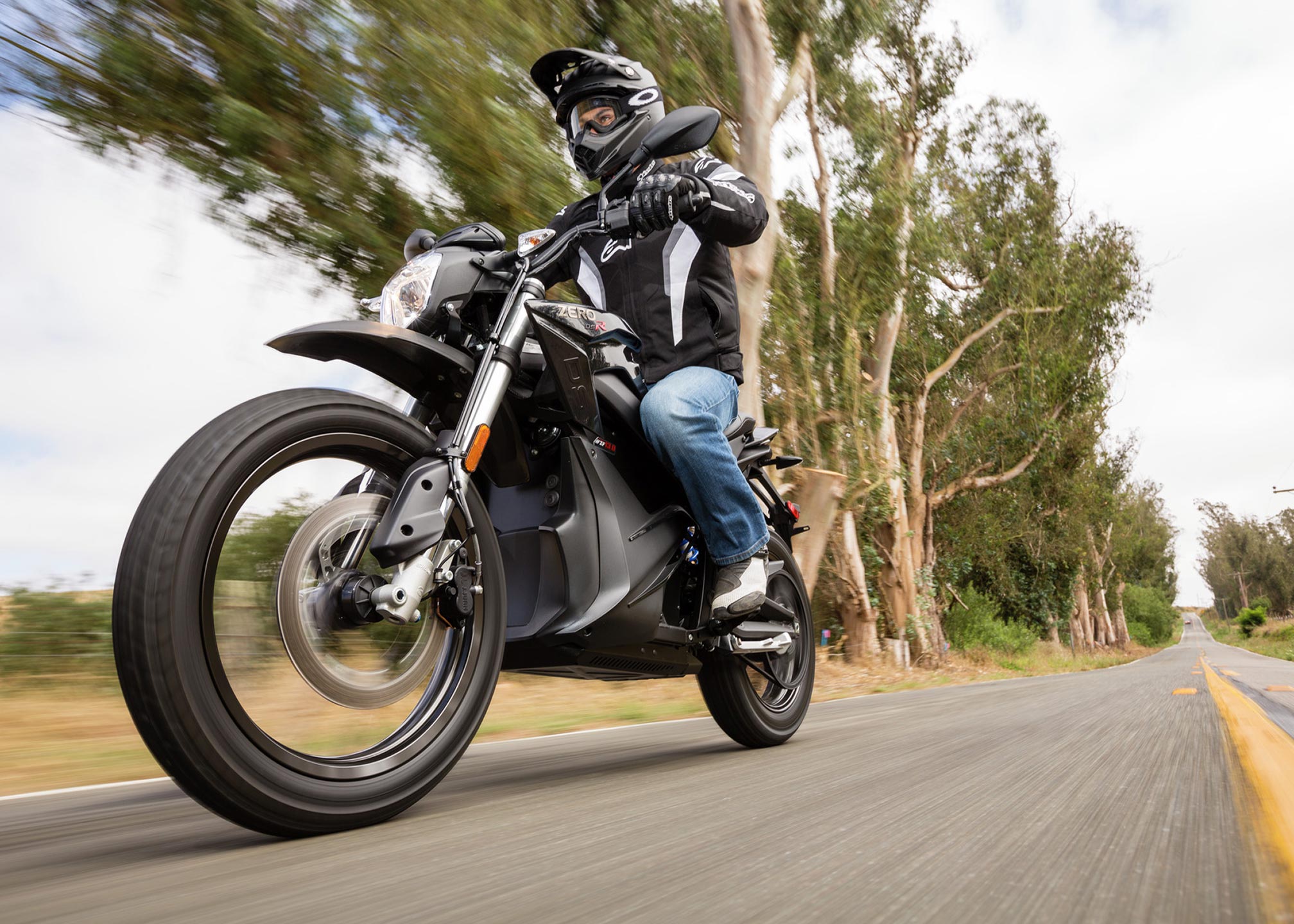