From the surreal extremes of empty grocery shelves to farms dumping fresh produce, Covid-19 underscored the urgency to reimagine our fresh food supply chain. With food being shipped thousands of miles around the world to big cities, not only are we growing increasingly disconnected from our food and our food producers, but many of us don’t have access to real food. Shockingly, over 70% of Americans are overweight or obese. To make matters worse, by 2050 our planet will grow to 10 billion people, with the majority living in cities. We’re going to need at least 109 hectares of new land to feed our population.

So, the 10 billion dollar question is: how can we become more sustainable with our food supply now, and for the future? For Kimbal Musk, Elon’s Musk’s younger brother (and part Canadian), the answer is vertical farming. While the indoor practice of growing crops in stacked layers isn’t exactly new, the trend is experiencing huge strides in innovation and growth. 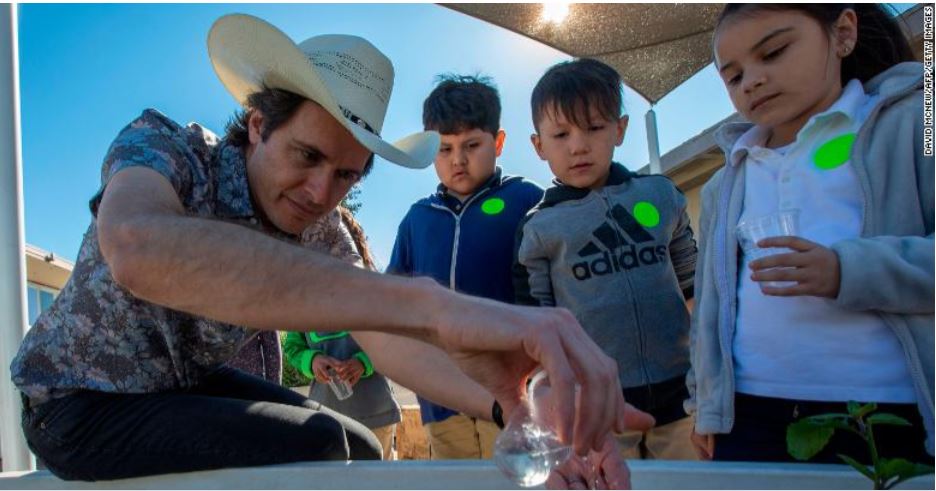 Kimbal Musk teaches students how to plant a vegetable garden in California. Image courtesy of cnn.com

According to the New York Times, “Kimbal Musk wants to do for food what his brother Elon has done for electric cars and space travel.” It all started after a ski accident left Kimbal Musk temporarily paralyzed, that he vowed to dedicate his life to real food for everyone. A few years later, in 2016, he launched Brooklyn-based Square Roots, an urban farming company to reinvent the industrial supply chain — by producing fresh pesticide-free produce for local markets, high on technology and low on environmental and human cost.

In fact, a lot of the produce we eat loses most of its taste and nutrition in the process of lengthy transportation (sometimes halfway across the world) and cold storage. Musk’s belief is that local indoor farming is the future for delicious, nutritious, and affordable food that connects us all. With the mantra: “real food is food we trust to nourish our bodies, our communities, our farmers, and our planet,” he envisions thousands of indoor farms growing fresh, local produce close to major cities worldwide. And maybe one day, a single vertical farm will feed an entire city.

In that pursuit, Square Roots is bringing fresh food as close as possible to consumers. And it’s a labour of love and technology. In place of the traditional back-breaking in working the land, young farmers grow vertical crops with purple LED lights and hydroponics, in climate-controlled shipping containers. This state-of-the-art technology is designed to optimize the full taste and nutrition of crops.

Indeed, Square Roots can replicate the summer of 1997 in Genoa Italy, to create the best basil you’ve ever tasted. And it’s grown in a shipping container on a Brooklyn parking lot, maybe even in the middle of winter, by an 18-year old farmer.

It’s a process of converting energy into the precise light that a plant needs, as well as reproducing climate-controlled environments all over the world. Machine learning then monitors the results, to automatically tweak and elevate the system. So, it’s peak growing season 24/7, all year-round, in a shipping container on a non-descript urban lot.

In fact, the system is so efficient that a 320 square feet shipping container can produce as much food in a year as a five acre farm — using no pesticides and ten times less water than traditional farming. And then within hours of harvest, farmers deliver fresh produce directly to local grocery stores within a five-square-mile radius — bringing flavourful and nutrient-dense produce to areas which might otherwise have almost no fresh food.

Growing the Next Generation and Beyond

Square Roots is also about growing a new generation of real food farmers. The current population of farmers is old and dwindling (and adverse to innovation). Over 60% of farmers in Iowa alone are over the age of 70. Square Roots empowers young people (ages 18-24) to become “real food entrepreneurs.” The one-year program trains them in the technology, sales, and distribution of sustainable urban farming with the use of a shipping container — the equivalent of two acres of outdoor farming.

Currently, Square Roots has two urban farm “campuses” (in Brooklyn and Grand Rapids), which fit about ten shipping containers per parking lot. And the next couple of years are even more ambitious (to say the least). Square Roots plans to develop a Super Farm of 25 climate-controlled shipping containers, cold storage facilities, and biosecurity infrastructure, with the technology for a commercial-scale vertical farm. The company is also looking to leverage solar energy to make their containers more sustainable and cost-effective. The reality is that the high-tech of urban farming and LED lighting still requires much more energy than traditional farming methods. 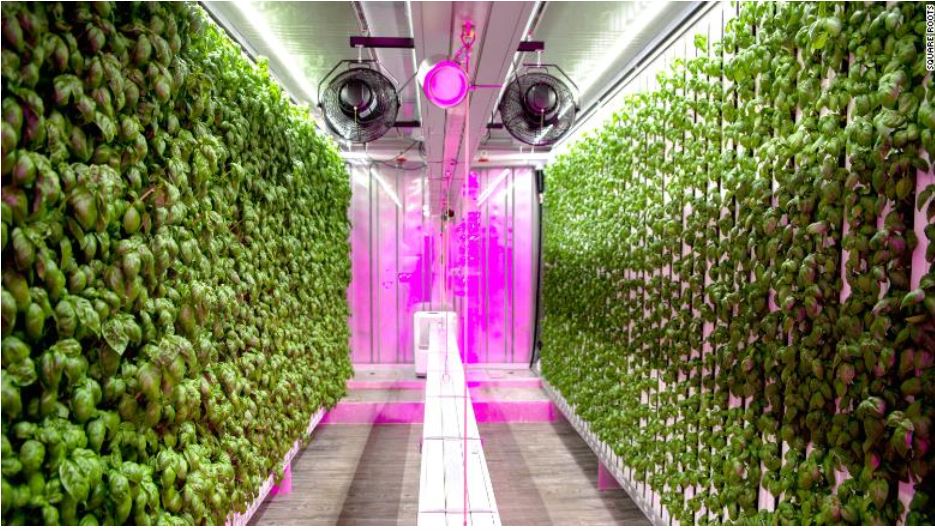 Basil growing at the Square Roots farm in Brooklyn. Image courtesy of cnn.com

Since its inception, Square Roots has impressively grown more than 120 varieties of crops, including salad greens, vegetables, and strawberries. But when it comes to the future of vertical farming, the sky will be the limit for producing every vegetable, fruit, and herb you can imagine — in cities across North America and the rest of the world (and since we’re talking about a Musk, maybe even worlds beyond).

Signature Electric believes in feeding our future with sustainable solutions and technology. For the latest in all things electric, futuristic, and sustainable, check out The Electric Blog.

How to Save on Your Summer/Winter Electricity Bills – 2014 Update!