Though there are many efforts to bring about awareness and prevention, plastic pollution continues to be a dire global issue. On average, Canada generates 4.6 million metric tonnes of plastic waste per year! Less than 11% of it is recycled, leaving the rest to pile up in landfills and parks or drift about in lakes and oceans.

What makes plastic so dangerous?

It should come as no surprise that over the past 50 years, the amount of plastic produced globally has doubled; since the 1950s, it is estimated that 8.3 billion tonnes of plastic has been generated worldwide. Plastic is more common in our daily lives than most consumers realize, from food packaging and garbage, to water bottles.

Have we entered the Anthropocene? Scientists believe we are now living in a new epoch of human history called ‘The Age of Humans’ which is characterized by pollution and the overuse of garbage and plastics?

It seems we have reached a paradigm shift, with many people cutting back on plastic waste. Reusable straws, reusable bags, and most importantly, avoiding single-use plastics, are the latest strategies. The state of Hawaii and countries such as Bangladesh, Kenya, and the Congo are some places that have banned single-use plastics; Canada is looking to follow in their footsteps by 2021.

As Loop CEO, Tom Szaky, reports, banning businesses from producing plastic altogether is not the solution; rather, it’s defining what is considered a “dangerous single-use plastic” than producing something biodegradable, that generates less waste and is unquestionably harmless.

The onus does not rely solely on businesses to “do the right thing” in moving away from single-use plastics; in turn, we must do our part to ensure that once we are done, our plastic waste does not end up in the wrong place. Something as simple as disposing our trash in the correct bins can have a large impact. 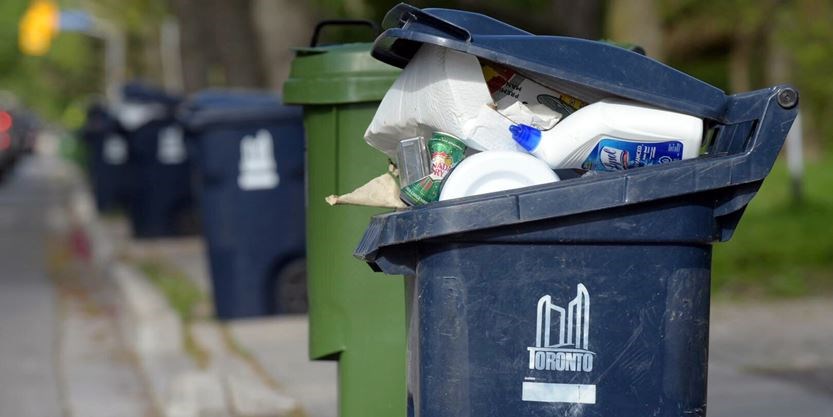 Currently, we separate waste into trash, recyclables, and compost. Did you know recyclables should be sorted out even further? The city of Toronto has developed a guideline to help increase their effectiveness. You can easily find out all recycling guidelines on Waste Wizard.

Recycling relies on people to properly sort their own waste; just having one or two garbage items in your recycling bin can potentially contaminate the entire batch.

Earlier this year, Signature Electric founder, Mark Marmer, took it upon himself to write a letter to City Councillor, Shelley Carrol, giving his thoughts on the Blue Bin programming and suggested to have it revised. Mark challenged our leaders:

“…to immediately have the guts to deal with this part of the environmental crisis in a real and meaningful manner.”
Mark Marmer – Challenging the Climate Crisis

Now, it appears some are heeding Mr. Marmer’s advice with the recent announcement that Ontario is looking to revamp the entire Blue Bin recycling program. The hope is to make it easier and more cost effective to recycle by implementing uniform recycling standards across the province’s 240 municipalities.

Together we can work towards a healthier environment. If we want to prevent any further damage to our Earth, then we need to make the effort to work towards more innovative solutions.

For more insights on doing our part for the environment, be sure to stay subscribed to The Electric Blog!

The new concrete jungle? Condos are growing up with vertical forests

Should your superintendent change fuses?

How to make your condo building EV-friendly