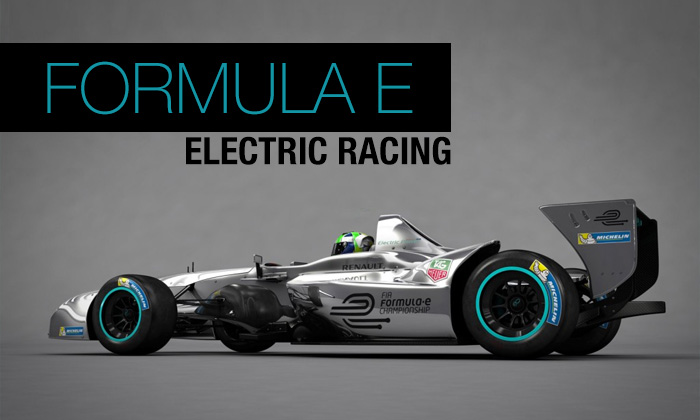 There’s no surprise that with the onslaught of developments in the electric vehicle world, a new form of formula racing would come into the industry. As of September 2014, the first ever Formula E race was inaugurated in Beijing. The other nine cities confirmed to host the ePrix’s other are Putrajaya, Rio de Janeiro, Punta del Este, Buenos Aires, Miami, Long Beach, Monte Carlo, Berlin and London. The second race will be set in Putrajaya in Malaysia on November 22nd.

These Formula races are essentially the same thing you would find in any formula race – single-seater, open-wheel vehicles – but with one difference, every vehicle is electric powered and they are all one-make. The car available to racers is the Spark-Renault SRT 01E by Spark Racing Technology with an electric motor developed by McLaren and 200 lithium ion cells in the battery. Rather than the traditional pit stops usually seen in Formula races, these pit stops involve a change of car when the battery power runs low.

Mahindra Racing, one of the competitors in the Formula E race, spoke to reporters about what differentiates this class of Formula racing with others. He explains that it’s a race based more on strategy than on speed – it’s ‘a combination of speed and energy utilisation’. While all teams drive the same model car, he explains that team differentiation is done through paying attention to the style of each driver. Each person strategizes differently and you can tell who is who just by watching their habits.

Mahindra Racing is hopeful about bringing the electrically-powered car series to India for the 2016-17 circuit. Though they didn’t do well in the qualifying leg of the race due to some technical issues with the vehicle and an early crash, the team is hopeful in their potential to get to the top in Formula E. Technical troubles is what comes with the territory of driving electric cars.

While more traditional Formula races may deal with easy to fix mechanical issues, the problems that could arise in a Formula E race might be harder to address. In a case where the technology can’t withstand a full race day, what’s a driver to do? Thankfully, nothing drastic such as fires, crashes or technological failures have happened just yet. Beijing was a success as far as racing debuts go, even if some teams such as Mahindra Racing did not perform as well as they wanted themselves to perform.

With nine more cities to go for this circuit, who knows what kind of troubles drivers will have to face or what kind of records will be made in electric vehicle racing. One thing is for sure, all eyes are on Formula E and everyone is excited to see how this race will progress in the upcoming years.

Did you watch the Beijing race? If so, what differentiated this Formula E race with Formula 1 racing? Do you think the Formula E races have the potential to grow as large as the other Formula races? Let me know at @signaturemark

Electric Vehicles: What’s coming in the next 5 years

Why did Volvo go all electric?

Is That Car Really Fuel Efficient