Welcome to the future

The Hyperloop concept was first proposed by industrialist Elon Musk, CEO of SpaceX. Musk’s Hyperloop proposal consists of two massive tubes extending from San Francisco to Los Angeles. Pods carrying passengers would travel through the tubes at speeds topping out over 700 mph. Much like the pneumatic tubes The Jetsons use to move around buildings, but a lot larger. For propulsion, magnetic accelerators will be planted along the length of the tube, propelling the pods forward. The tubes would house a low pressure environment, surrounding the pod with a cushion of air that permits the pod to move safely at such high speeds.

Virgin Hyperloop One (Virgin Airlines, Richard Branson) held a global competition to narrow down possible cities where the company could build one of its first routes in the world. Toronto to Montreal was one of its top choices to build the first hyperloop high-speed travel system.

If the system is built, commuters would be able to travel from:

Transport Canada is commissioning a study of the Hyperloop, independent of the Virgin Hyperloop global competition. The study will bring them up to speed in the understanding of all the areas of affect Hyperloop can have. They are endeavouring through study to be better informed on the technical, operational, economic, safety, and regulatory aspects of the Hyperloop and learn whether construction and investment requirements make the project commercially viable and feasible.

The Hyperloop technology is being tested by Virgin Hyperloop located in the desert north of Las Vegas. Elon Musk’s Hyperloop is sited outside SpaceX’s headquarters in Hawthorne, California. Although not yet functioning as a mode of transport, they are produced and being tested. Time will tell.

Engineered to provide travellers with a high speed travel mode and fixed guideways above and below ground. The vehicle itself is a capsule-like unit called a ‘Pod’ which is propelled within a network of looped sealed partial-vacuum tubes. All very futuristic.

Another entry in the Hyperloop arena is Hyperloop TT (transportation technologies). They have designed the capsules that passengers and goods will travel in. Their design includes pressurized capsules floating on a frictionless magnetic cushion within each tube. They are powered by a linear induction motor, an electromagnetic propulsion system and embedded rechargeable batteries. The combination of these features comes together to create a silent and emission free ride. Each capsule is about 30 meters high and can carry 28 to 40 passengers.
The Hyperloop TT system is able to launch capsule departures every forty seconds (about 164,000 people daily) and deliver passengers to their destination at a maximum speed of 1,223 km/h.

As part of the journey, the Hyperloop station, where you begin your journey, has a crucial impact on the passenger experience. HyperloopTT and design firm AN.ONYMOUS created a next generation station design to integrate transit with the local environment. An energy-efficient, transit hub for the community and most importantly, an urban center. The design creates uses of space where passengers can access services, experiences, and goods.

According to promoters the developing Hyperloop technology can be constructed and operated at a cost and installation footprint less than current existing technologies such as High Speed Rail.

How close are we to this high speed reality?

Closer than you think. An ultra-high-speed ‘people pipeline’ looks set to be built in India. Despite being just 90 miles southeast of Mumbai in India, the journey from Pune to Mumbai takes three hours. On a good day. The Mumbai Pune Expressway is India’s busiest corridor, with over 130,000 vehicles crawling between the two cities. An ultra high-speed hyperloop between the two cities could cut the journey time to just 25 minutes. The plan is to construct a hyperloop between central Pune and Mumbai designed to take freight as well as people.

There are currently several players in the Hyperloop concept world. Each with their own unique take and offering on the original SpaceX idea – hurtling people and things at breakneck speed from one place to another.

If you enjoyed this blog please stay subscribed to The Electric Blog! 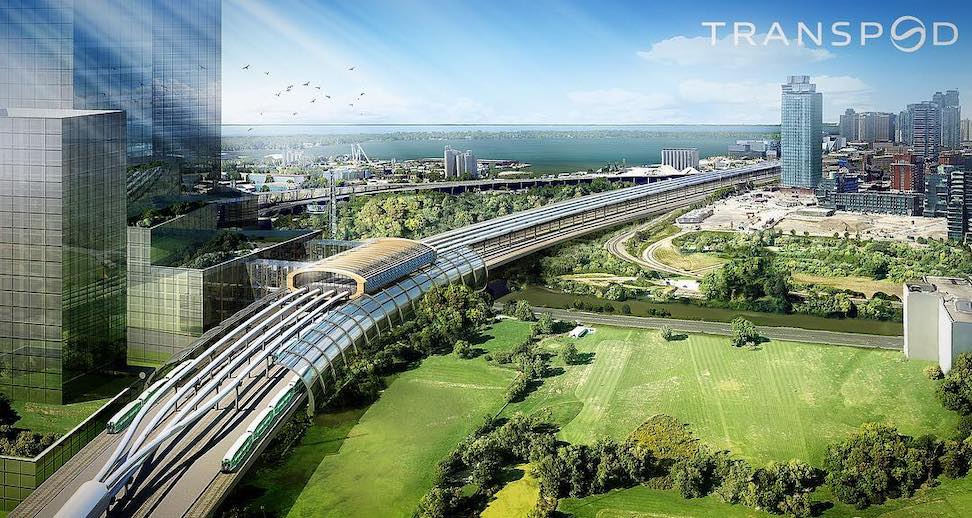 Electricity and Water: A Dangerous Mix