You wouldn’t normally look to an electrical contractor as the torchbearer for holistic values in the workplace. And yet, beyond their credentials as an industry leader in electric vehicle charging, Signature Electric’s way of doing business is charmingly human. The staff schedule lunch together almost every day; they share stories and swap advice; they balance the personal and professional sides of their lives. They understand the necessity of balance, and that all parts affect the whole.

While owner and founder, Mark Marmer, never aimed for a new age vibe, his naturally people-centric worldview has rubbed off on Signature Electric, giving it a positivity that reflects how they work and who they are.

A self-described tinkerer, Mark had an intuitive understanding of machinery as a kid, watching, analyzing and fixing everything from dishwashers to pools. He became an apprentice electrician at 17, giving him a practical education in how everything works, both in electricity and business. 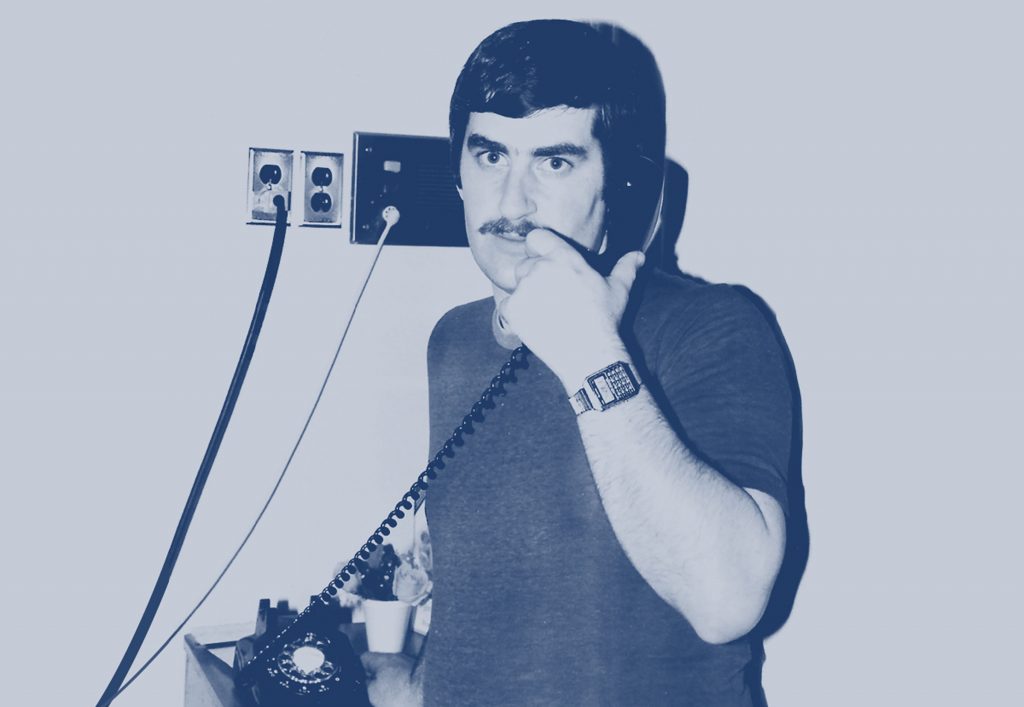 After learning the industry for a dozen years as an employee, Mark took stock of the knowledge base he had acquired and decided he could do it better. He and his wife, Leslie, had bought their second home and were pregnant with their second child. Amidst these personal changes, the time felt right to take another leap into the unknown by starting his own business. Signature Electric began operations in 1985 from a room in their house using typewritten invoices, fax machines, a pager, and Mark’s inextinguishable optimism.

As the boss, Mark was finally in the position to implement his high standards of professionalism across the board for his own company. He decided that Signature Electric would think, plan and service beyond its size. That included having everyone wear uniforms to each call. He believed that looking like a pro makes it easier to act like a pro.

It took only a few years for Signature Electric to forge a reputation as a small team of top electricians focusing on commercial and industrial customers. The business moved from a home office upstairs to Mark’s basement, he continued to answer the phone himself, and growth remained solid, if modest. However, with increased globalization came a reduced commercial/industrial presence in Canada and a need for a rethink. And with that rethink came an opportunity. 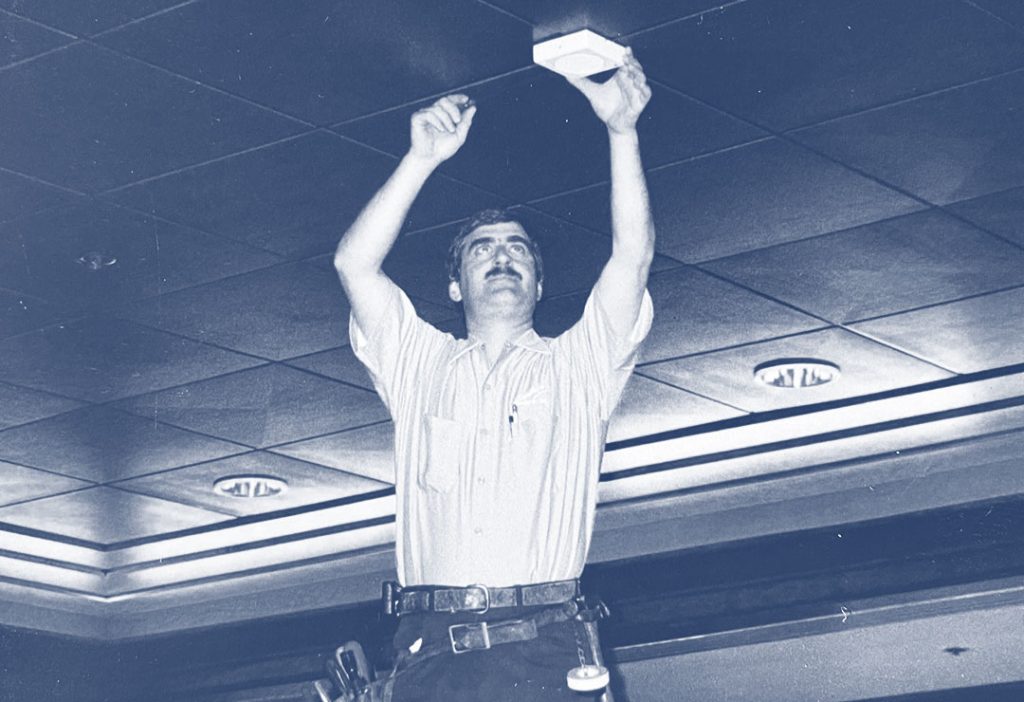 The opportunity began with a shift to residential condominiums in the early 2000’s. The growing condo market was a natural area for an electric contractor to pursue. While establishing themselves with the developers, an unexpected electrical need arose within their buildings that was to take Signature Electric in a whole new direction. While their electricians were servicing condos, requests started coming in to install residents’ electric-vehicle chargers. EVs were a new thing, not exactly the area Mark had planned to go into, but his crew was already on site so he decided to see where this niche market would go.

Turned out that niche became the spark that would transform Signature Electric’s business. 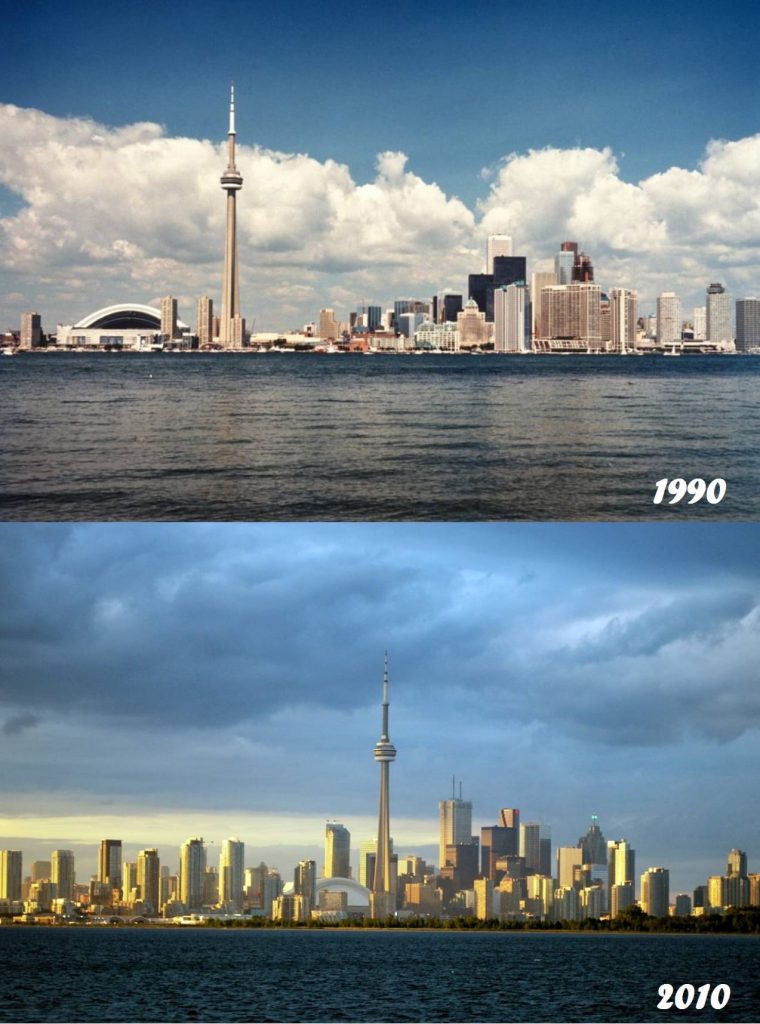 Toronto’s skyline expansion from 1990 to 2010. Image courtesy of Reddit.

In the mid 2010’s, after almost 30 years of doing traditional electrical work, Signature Electric found themselves tackling the learning curve of a new technology, becoming experts in the booming market of electric vehicle charging. As electric vehicles grew in number, so did the need to build specialized spaces to charge them. And with those EV spaces came the need for consultation & planning, sourcing of equipment, and installation. Being among the first to understand the EV landscape gave Signature Electric a substantial head-start on the competition, making them the company to call in the EV industry.

For Mark, this enormous opportunity came at the right time in his career. Steering Signature Electric on its solid and consistent course had been a full-time job for almost 30 years. Leaping into the EV world would’ve been an unmanageable task had it not been for the absolute trust he had in his crew. “They’re fantastic mechanics – better than me!”, he said. Not only were they among the industry’s top electricians, but they also shared the pride and team loyalty that Mark had imbued into the company from the start. His office staff had also grown, becoming an important part of the planning and consulting part of the business.

Thanks to Signature Electric’s close-knit family of employees, Mark could now focus on listening to his customers and growing the business, knowing the work was being handled with the highest level of professionalism.

A key addition occurred in 2018 when Mark’s son, Max, joined the company. Coming from a business background, Max brought his expertise in operations to Signature Electric’s rapidly expanding plate of services. With Max, Mark not only got to work with his son, he had a person who could implement their forward-thinking plans and flesh out ‘what-if’ ideas.

Having a strong operational foundation was crucial as the company continued to become a key player in the electric vehicle industry. Manufacturers and developers were building more electric vehicle spaces to accommodate the ever-increasing number of vehicles, and Signature Electric was the name they all knew. “We’re the experts the other experts trust. When someone calls us, it’s often because they spoke to three different companies in the EV industry… and each company directed them to us. It’s an amazing place to be.” says Mark.

When asked about the future of Signature Electric, father and son looked at each other with an expression that landed somewhere between professional respect and a game of pitch-and-catch. “We’re always on the cusp of something new”, said Max.

Mark nodded. “Our eyes are always down the road. We’re having success with electric chargers, but what about the next thing that’s going to happen? Electric fleets and buses are coming; they’re probably in the same place cars were seven years ago.”

The enthusiasm that started the business in 1985 is as evident today. You can hear it in the way Mark talks about his staff, his customers, and the way his work has kept him engaged. “It’s a thrill to have this. I’m having fun – if I wasn’t I’d do something else.”

Keep up with the latest Signature Electric news, subscribe to The Electric Blog.

Are Your Mechanical and Electrical Rooms Always Dirty?