Electric vehicles have travelled a 200-year road from gimmick to the transportation of the future.

Electric vehicles have travelled a long road, beginning as a scientific oddity, becoming an early 20th century threat to Ford’s Model-T, then being reborn as a response to soaring gas prices, finally becoming a pillar of today’s push towards zero-emissions. Let’s take a look backwards at the stops and starts of electric vehicle progress, from yesterday to today.

It began with baby steps – an almost literal description of the speed of those first EVs. In 1828, Ányos Jedlik, a Hungarian priest and physicist, invented an electric motor and built a small car to see if it generated enough power to make the wheels turn. In the 1930s, Scottish inventor Robert Anderson built an electric carriage, while at the same time in the Netherlands, Professor Sibrandus Stratingh and his assistant Christiaan Becker from Germany created their own prototype electric car. These early vehicles were powered by non-rechargeable primary cells, making them impractical for transportation, not to mention their top speed was the pace of a brisk walk. However, these first inventors proved it could be done – vehicles were able to move from here to there with the power of electrical energy. 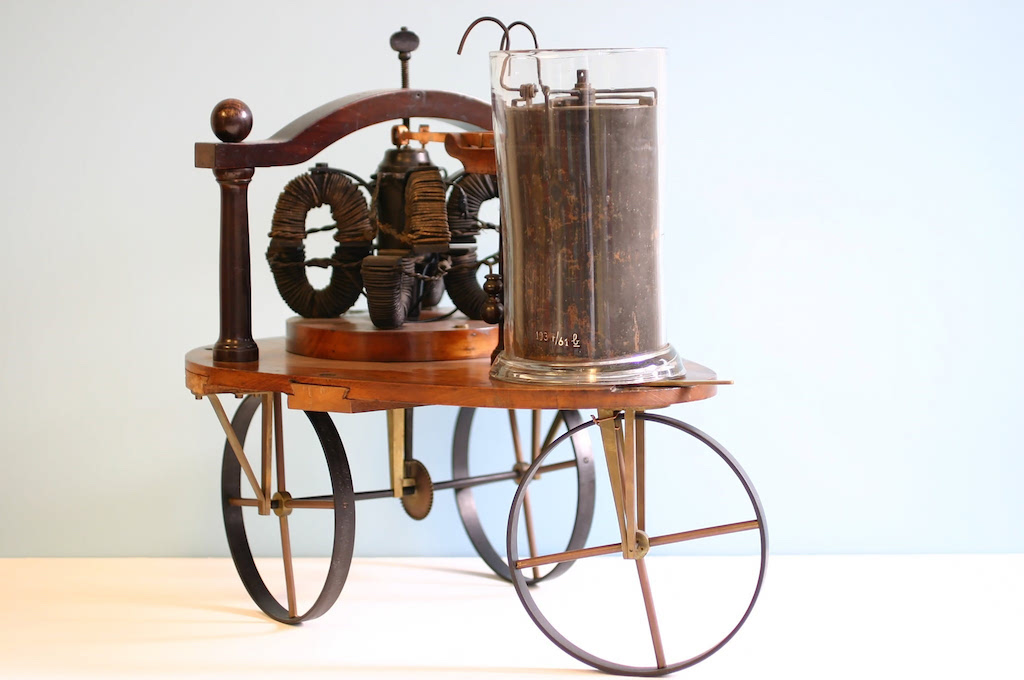 The world’s first electric car designed by Sibrandus Stratingh in 1835. Image courtesy of University of Groningen.

The invention of the rechargeable battery in 1859 made electric cars a practical reality. Vehicles now had the power to travel greater distances and with greater speeds.

By the late 19th century, cars, carriages and tricycles were being outfitted with the new lead-acid rechargeable battery and used in Paris and in the UK. Fleets of battery-powered taxis had become popular on the streets of London and New York. Private citizens were able to purchase their own electric carriages, however their range was limited and there were few places to charge them, since the electric power grid was still sparse. Early electric vehicles were considered ‘women’s cars’, a dainty alternative to the noisier and smellier gasoline engines that had entered the market in 1890.

By the turn of the century, electric cars had gained the most popularity in the US, with 33,842 EV drivers – 38% of the US market. At the same time, 40% of Americans drove steam-powered automobiles and 22% gasoline-powered cars.

Electric cars were easy to drive and required no manual crank. They didn’t require the long start-up period like steam-powered cars. Investors in 1910 would likely have placed bets on electric-powered cars as the transportation wave of the future. Unfortunately, they’d have to wait a century for their prediction to show a profit. Despite their promise, the first golden age of electric vehicles was about to end. 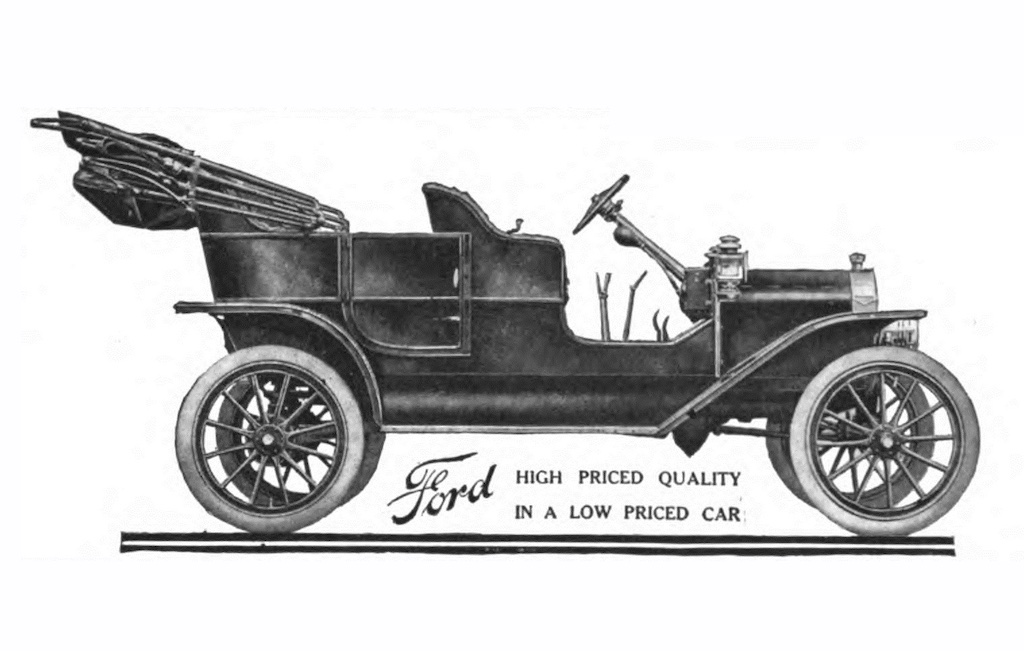 Ford’s advertisement of the first Model T in 1908. Image courtesy of Life Magazine.

Two major factors coincided to signal the end of North America’s brief flirtation with electric vehicles around the turn of the century. Henry Ford’s Model-T began selling to eager customers in 1908; by 1912 Ford’s efficient assembly line was pumping out Model-Ts for $650, a price that even then was considered cheap. Electric cars cost around $1,500 – a big difference. Meanwhile, Americans were discovering huge reservoirs of crude oil in Texas. Gasoline prices were plummeting, gasoline-powered cars were more affordable, the market for electric-vehicles was drying up and about to go into a period of hibernation.

For the next few decades, there was little motivation to disturb the status quo. Gas was readily available and auto manufacturers were happy to supply the vehicles that ran on it. Roads and highways were being paved, connecting cities and countries, making travel easier than ever. Electric vehicle batteries were simply not up to the challenge of long-distance transportation – and where could you even recharge them for the return trip?

Environmental concerns were still a half-century away. It would take a different crisis to remind the auto industry of the advantages of alternative energy.

In the 1970s, the energy crisis pushed electric cars back into the spotlight. The Arab embargo on oil made gasoline prices soar. In many cases there was no gas available at the pumps. Governments had no choice but to revisit alternate sources of power. Long before anyone had heard the phrase, “Global warming”, America’s Congress passed the Electric and Hybrid Vehicle Research, Development, and Demonstration Act in 1976, creating an initiative to research and develop electric and hybrid vehicles. 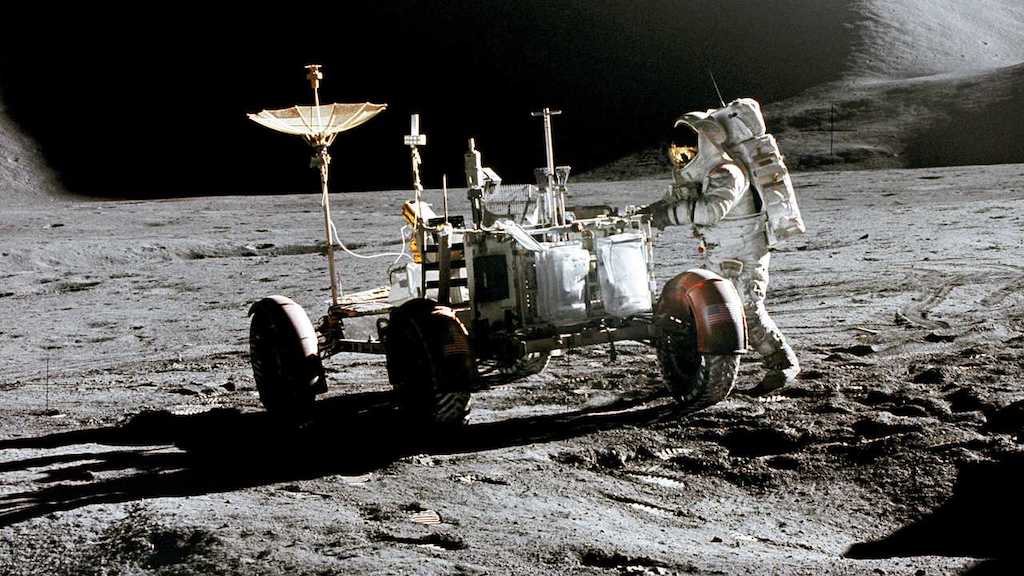 American Motor Company and GM developed prototype electric vehicles. NASA built the electric Lunar Rover, which became the first manned vehicle to be driven on the Moon by Apollo 15 astronauts in 1971. The appeal of electric vehicles was catching on, however the execution continued to lag far behind the concept. Performance was limited to speeds of less than 30 km per hour and distances of about 25 km in a single charge. Plus, the car designs themselves were boxy and unattractive.

In the mid 1990s, GM developed the first mass-produced electric vehicle, the EV1. With a modernized design and futuristic keyless entry, the EV1 was the first noble attempt to market electric vehicles on the same playing field as conventional automobiles. Unfortunately, the vehicle was handicapped by the same battery limits that doomed earlier EV production. GM built the EV1 in anticipation of a new battery that would have greater power and a longer charge, but production was finally stopped in 1999 when the new battery technology didn’t arrive. EV1s were taken off the road in 2002 and destroyed. Meanwhile, a brand new battery was being developed for personal devices that would shortly create the breakthrough GM had hoped for. The EV1 would be remembered as the right car with the wrong timing.

Researchers agreed the stumbling block was the battery. Without sufficient charging capacity and power, electric vehicles would never become more than a slow-moving local gimmick. The breakthrough occurred in the 1980s with the invention of the lithium-ion battery. First used commercially in the 1990s with laptops and consumer electronics, its high energy density and long cycle life became the key to longer and faster driving, which has made lithium-ion the standard batteries for modern EVs. 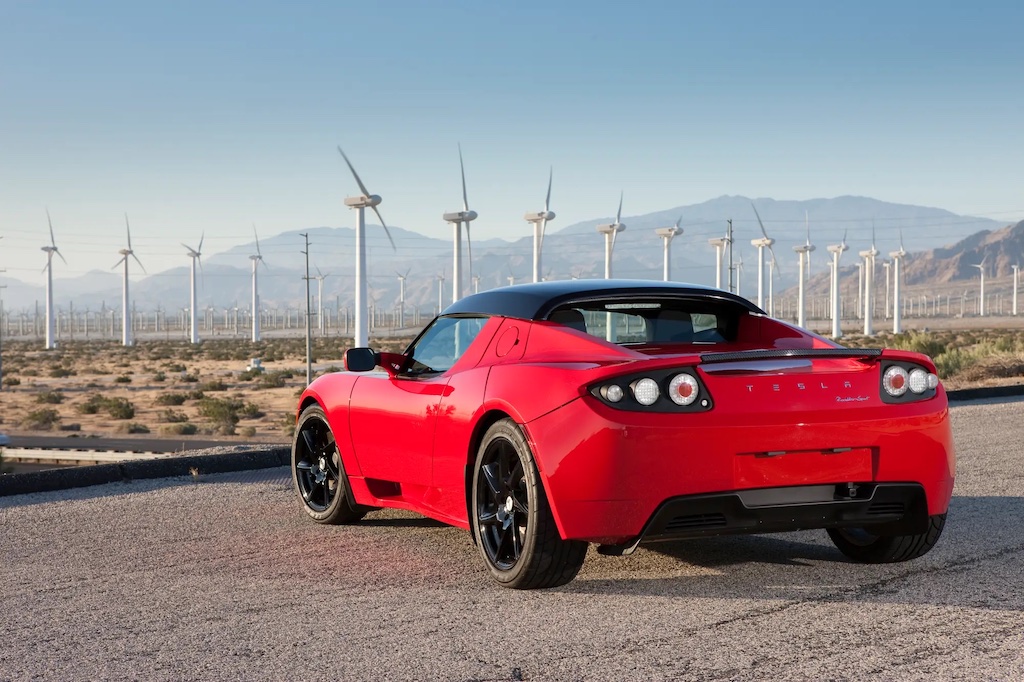 In 2004, an upstart manufacturer called Tesla began work on its Roadster model, which hit the California showrooms in 2008. Powered by lithium-ion batteries, it was the first highway-eligible electric vehicle.

Major manufacturers took notice. Tesla’s success motivated companies like Nissan to jump on the bandwagon. The Nissan Leaf was introduced in 2010, eventually becoming the world’s best-selling all-electric car, a position it held for a decade. Since then, virtually every auto manufacturer has been adding electric and hybrid models, with the goal of a majority of sales coming from EVs within the next few years. 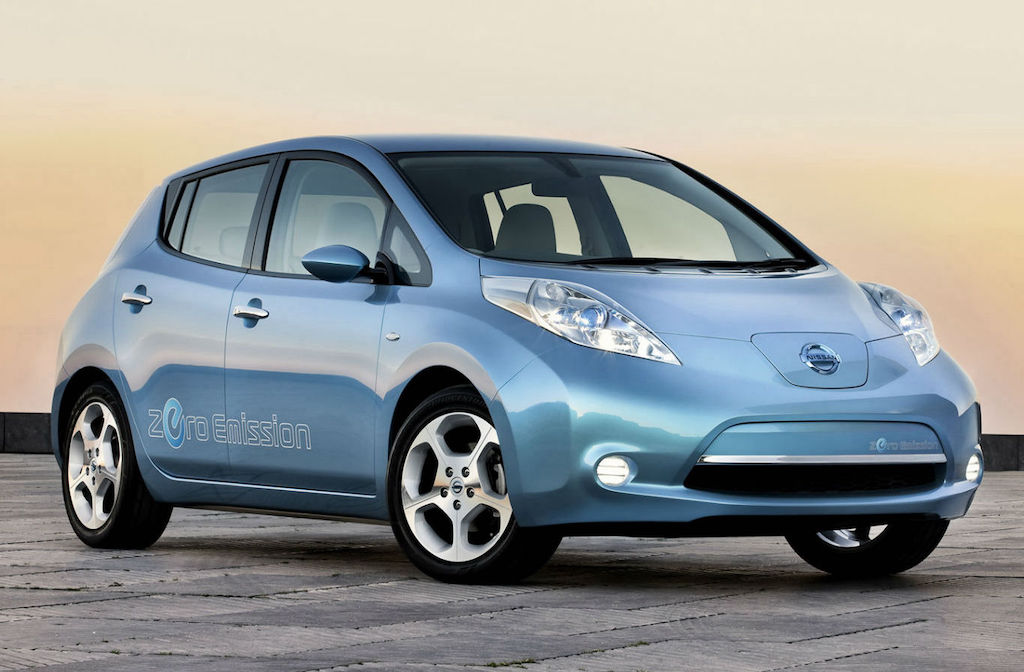 Global stock of electric cars and vans passed the one million mark in 2015.By 2018 it had surpassed five million.

With more countries signing onto goals of zero-emissions, electric vehicles are becoming an increasingly important part of the environmental puzzle. Projected sales of EVs are expected to reach 10% of the global passenger market by 2025, continuing upwards to 28% in 2030 and 58% in 2040. 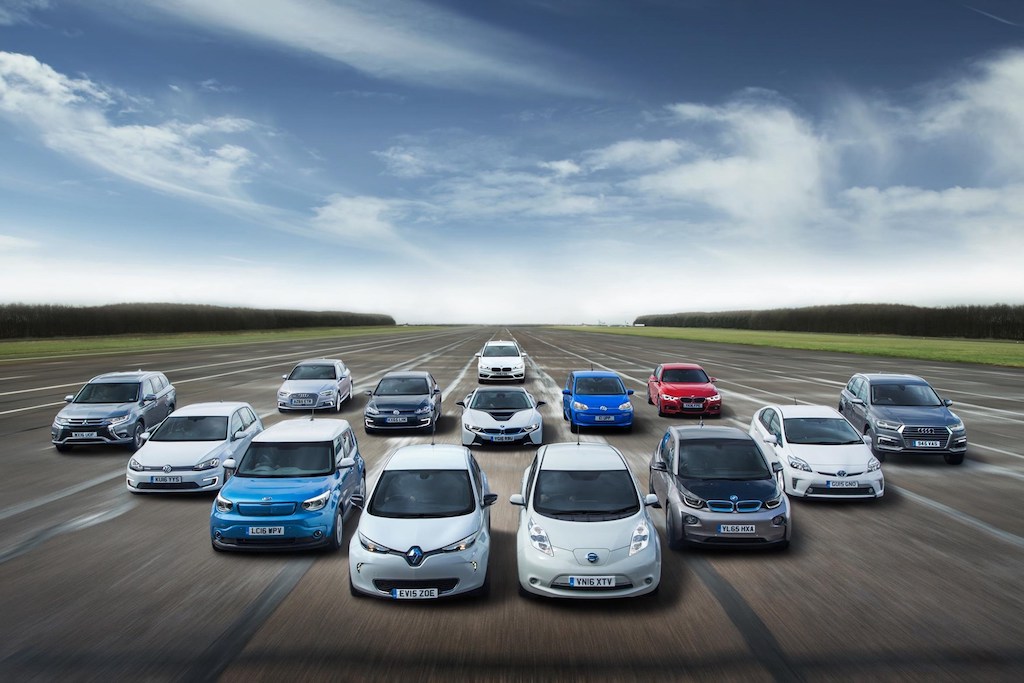 The question is no longer if, but when gas and internal combustion engines are relegated to museums. With the continued refinement of lithium-ion batteries and with EV performance approaching speeds and distances of gas-powered vehicles, the transition may be more seamless than we imagine.

For more news and info on all things electric, subscribe to The Electric Blog.

Fueling the Future: Sustainable (and unusual) ways to power your ride

One printer, 3 hours and a newly built home