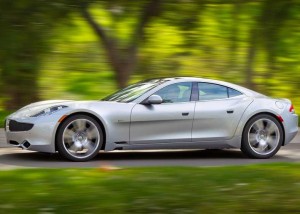 Over the course of the past year, condominium publications have speculated as to how property managers can work to accommodate the anticipated wave of electric vehicle purchases by their unit owners.

If you purchase an electric vehicle for your single family home, the process is fairly straightforward. You buy a charger (often in conjunction with the vehicle purchase), arrange for installation with a licenced electrical contractor, plug in your vehicle, and pay for the electricity that you use.

Installations in condominiums, however, bring to mind a variety of issues that property managers need to address.

Electric vehicles finally became available in Southern Ontario near the end of 2011. It was only a matter of time before we received an opportunity to answer these questions. A couple of months ago I received a call from a condominium manager in Toronto. A unit owner had purchased a car and a charger. The property manager emailed me some information to review and we met on site a day later. Essentially, the conversation saw us walking through the check list above. 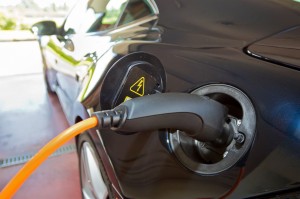 The resident had already purchased the charger. We confirmed that the charger had received the proper safety approvals, so there would be no issue with the ESA (Electrical Safety Authority) when the unit connected to the building’s power supply. We then reviewed the wiring requirements based on the manufacturer’s recommendations.

While most chargers only require a 20 ampere 208/220 volt service, manufacturers are recommending upgrades to wiring for a potential 40 ampere draw in anticipation of more powerful chargers. The suppliers hope to avoid forcing the customers to replace their wiring in the event that they choose to upgrade. We decided to move ahead using the #8 size cable, as suggested.

The property manager asked me to view the owner’s parking space and offer a price to install and wire the charger. As I headed down to the P1 level, I hoped to find the electrical room situated near the owner’s space. I enjoyed no such luck. The electrical room closest to his spot was located on the other side of the parking level, about 400 feet away.

I’ve chatted more than once with property managers about the possibility of installing centrally located chargers that would allow for shared use amongst electric vehicle owners, as opposed to placing them in the  stall owned by a single resident. While this initially seemed like a great possibility, once we looked at the logistics involved the idea seemed entirely impractical.

Charging a vehicle can take up to four hours. It seems unlikely that an owner would be willing to arrive home at 6:00 pm, plug in his car, and then come back down to move it at 10:00 pm. Even more unlikely is the possibility that a resident will come down at 10:00 pm to make use of the charger. Chargers need to go in the owner’s space.

Another question that property managers need to consider involves the location of the charger in the parking stall. All electrical chargers use the same SAE J1772 plug configuration, but the charging port, like a gas tank, appears in a different location for each car model. It’s important to place the charger close to the port so that owners can avoid stretching the cord over the cars when it is being charged. A central charger would certainly not easily allow for this customization.

Getting back to our installation, I checked to confirm that the panel had space for the new breaker and that it could easily accommodate the added load. Everything checked out and I headed back to the manager’s office to bring her up to speed.

The next question she asked how they would bill for the electricity. I suggested that we install a small digital sub-meter, just for this charger, that the manager could read and yield information that would allow her to invoice the owner. The suggestion was well received, “since we have other sub-meters that we now read anyway.” The property manager read the other sub-meters annually in order to calculate shared expenses and then charged them back to each of the two condominium corporations. We agreed to include the cost of the meter in the quotation that we would present to the owner.

The property manager recognized that her staff would need to spend valuable time collecting the funds related to this charger, and could potentially face an influx of electric vehicles in the future.  When running through the numbers, we realized that the cost of the collection may end up higher than the revenue collected from the use of the electricity. With no real precedent from which to work, we resolved to track the meter readings for the first couple of months. Once we gained a general understanding of how much electricity the vehicle might use over the course of a year, the owner could provide a single payment in advance and the property manager would process a reconciliation at the end of the year after reading  the meter. If necessary, they could use the same system for other electric vehicles in the future.

After a bit of research, I found a compact and relatively inexpensive meter that we could use for this application. In putting together the price for the manger it occurred to me that this might provide a perfect opportunity to make some allowance for future chargers.

As I mentioned before, the conduit to feed this unit needed to almost completely ring the P-1 parking level. If we installed the minimum size of conduit, we could accommodate one set of wires for another vehicle. If we upsized the conduit just slightly, however, we could accommodate as many as four vehicles along this run. I presented a small adder for the  condo board that would allow them to consider this valuable upgrade.

When all was said and done, the condo board approved the owner’s request, the owner paid for the installation, and the corporation paid for the increase in the conduit size. Thanks to the larger conduit, the owner of the next electric vehicle on the P-1 level may face  lower installation costs. With a number of pull boxes positioned along the length of the run to accommodate future chargers, the building will not require multiple runs of conduit for the addition of electric vehicles.

While it appears unlikely that someone else might try to use the charger that we installed, the owner asked if we could somehow secure the unit. We installed a non-fused lockable isolating switch just beside the charger and the owner attached his own lock. This offered him the peace of mind that he wanted and it gave us another happy customer.

While this installation may not address the needs of every condominium corporation, it does provide some guidance and can help to address many of the questions that boards will pose to their managers.

It’s still early yet for electric vehicles in Canada. In the coming years, we will likely see a significant development of infrastructure that will allow drivers to charge these cars in a variety of locations. I feel certain that even with those other choices in place owners will still need the ability to charge their vehicles at home, whether we live in single family homes or condominiums. Condo boards and property managers will need to find suitable solutions to accommodate electrical vehicles in their buildings. We plan to do our part, too.