The trend of vehicles going green is now making its way to the air. Back in July, European plane maker, Airbus flew its E-fan plane across the English Channel within its 1-hour battery limit. The flight path chosen to represent Louis Bleriot’s journey in 1909 when he made history as the first person to fly a plane across that same location. This can be seen as a symbolic stepping stone towards the future of green aviation. 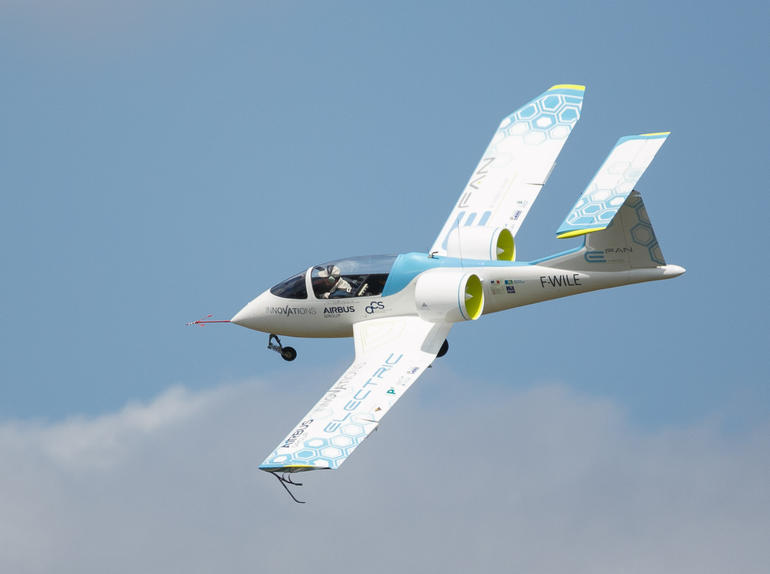 The plane used by Airbus is called the Airbus E-fan. It is battery powered, 6 meters long and 1300 pounds. Though the experimental model is small in size, its engineers are looking to upscale to a 4 seater hybrid when it goes into full production by 2017. Airbus’ ultimate goal is to build a 100 seat hybrid plane within the next 20 years.

With the success of battery powered test flights, competition is brewing as other companies venture into an innovation that has seen as a practical possibility. There is a lot of investment going into clean energy, so it makes sense to become a leader in environmentally friendly aviation. The value of competition comes from the results of rapid growth. The more plane makers get involved in this level of engineering, the faster we can expect to completely replace fossil-fuel based aircrafts with battery ones.

With zero emissions as the primary goal for practical vehicles, both in land and air, we are confident to say that the world is finally producing renewable energy at an industrial scale.

Do you think we’re finally producing clean energy at an industrial scale? What do you think of mini passenger electric aircrafts? Share your comments below!

Why did Volvo go all electric?