In this day and age, condominiums are known for being less-than-thrilling examples of architecture in terms of design. There is very little variation between them – they are usually high rise buildings, lacking any personality. However, there are exceptions to this rule.

Some architects have gone out of their way to ensure their designs leave a long-lasting impression on those who see them. These buildings push the conventional applications of architectural styles and prove that living in a condo doesn’t have to be dull.

We, at Signature Electric, have found five of the most unique condominiums around. 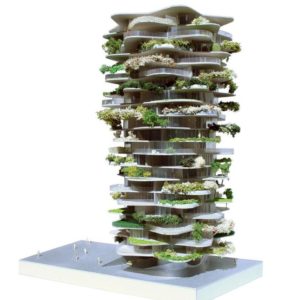 Designed by UCX architects, Ben Huygen and Jasper Jaegers, the Urban Cactus is one of the most distinctive designs you’ll come across. It is changing the way its inhabitants experience condo living.

This 19 floor apartment consists of 98 residential living units and sits on a harbour in Rotterdam. Not only does it provide incredible views, but this astounding apartment complex provides each of its residents with their own private garden terrace.

The terraces are arranged in a staggered configuration. This is so each one features an open space overhead, rather than the floor of the above unit. 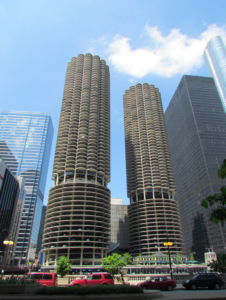 Located in Chicago, Illinois, Marina City is a complex of two sixty-story towers built in 1964 by Bertrand GoldBerg. This remarkable condominium attempts to create a city within in a city with its design.

It is a lively building filled with apartments, recreation facilities, offices, restaurants, banks, a theatre and 18 stories of parking space. The complex even boasts a dock on the Chicago River, underneath its looming towers. This iconic structure offers everything inhabitants need, in a small space. 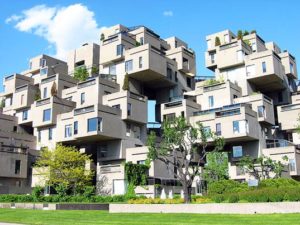 Habitat 67, in Montreal, is one of the best-known condo complexes in the world. Designed by Canadian architect Moshe Safdie, this interesting structure gives condo dwellers a better living experience than the typical skyscraper. These exclusive condos grant inhabitants a unique urban environment.

Together, these units create 146 residences of varying sizes and configurations, each formed from linked concrete units. The development was designed to integrate the benefits of suburban homes, namely gardens, fresh air, privacy, and multi-levelled environments, with the bulk of a modern urban apartment building. 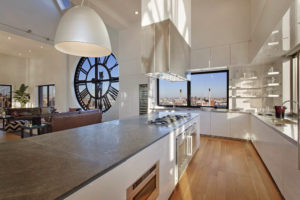 New York is known for its array of architectural wonders. This clock tower condominium is one of them. It is located inside a clock tower in downtown Brooklyn. Four of the windows double as a functioning clock, meaning residents won’t ever have the need to glance at their watches for the time. The sunlight casts shadows on the floor in the shape of a clock.

It is a lively building filled with apartments, recreation facilities, offices, restaurants, banks, a theatre and 18 stories of parking space. 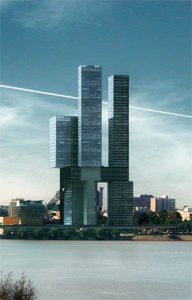 The Museum Plaza, while still in construction, is set to be an architectural work of art. Its design rethinks conventional attitudes towards condominiums. The designers and architects involved are striving to create a city within a city to combat the urban sprawl in downtown Louisville, Kentucky. While also aiming to revive the area that surrounds it.

When it’s finished, it will feature 1.5 million square feet and be filled with luxury condos, offices, a hotel, retail shops, and a huge contemporary arts centre. The Museum Plaza was built with a vision to construct a contemporary art institute within the paradigm of the corporate form.

Which of these condominiums would you consider moving into? Let us know in the comments below.

What is an EV Charging Advisor and why do you need one?

The Future of Food in Canada

Calling before you buy

What Does it Mean?