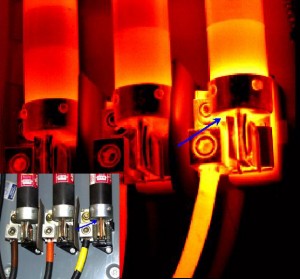 I usually use this forum to enlighten or inform about something new; however a couple of events that occurred this month have prompted me to revisit some information that I have previously shared with you.

Last month I visited a potential condominium customer in the south west end of Toronto.  I spent some time reviewing our services with the assistant property manager and we spoke a bit about the services that we offer, and what items might be useful for this site.  I asked if they were performing regular thermographic inspections and was told that they were not, and that this was not a service that interested them.

At this point, the property manager arrived and we asked her for some clarification on why they had come to this decision.  The response was that, while she thought it was a good idea, they simply could not convince the board to spend the money.  I suggested that the cost to do the scan was very reasonable and that the decision to not invest in this service was similar to the reasoning people use when they decide that, since it’s unlikely that their building will have a fire next year, why waste the money on insurance.  She seemed unmoved by my analogy.

Surprisingly, despite her reaction of indifference during our initial meeting, I was pleasantly surprised the following week when, for whatever reason, I received a call from them asking for a quotation.  I could only hope that I had convinced her to once again broach the subject with the board.

This month we responded to two separate calls for complete loss of power in condominium towers. In both cases some work in the building had tripped the main breaker. We were able to restore the power fairly quickly with minimal disruption and no damage to the building’s electrical system.

Many managers and boards are well aware of the need for a proper preventive maintenance program, yet I am continually amazed by the lengths we have to go to, to convince others that there is immense value in this reasonably economical service.

In the spirit of not waiting to close the stable door after the horse has bolted, I am reposting my previous article on thermographic inspections.

Yours in safety and preventive maintenance,

A spaceship compared to a buggy: Tesla’s newest battery versus Ford Canada and $500M

Say hello to the Polestar 2, from Volvo.

Smart grids are here to stay